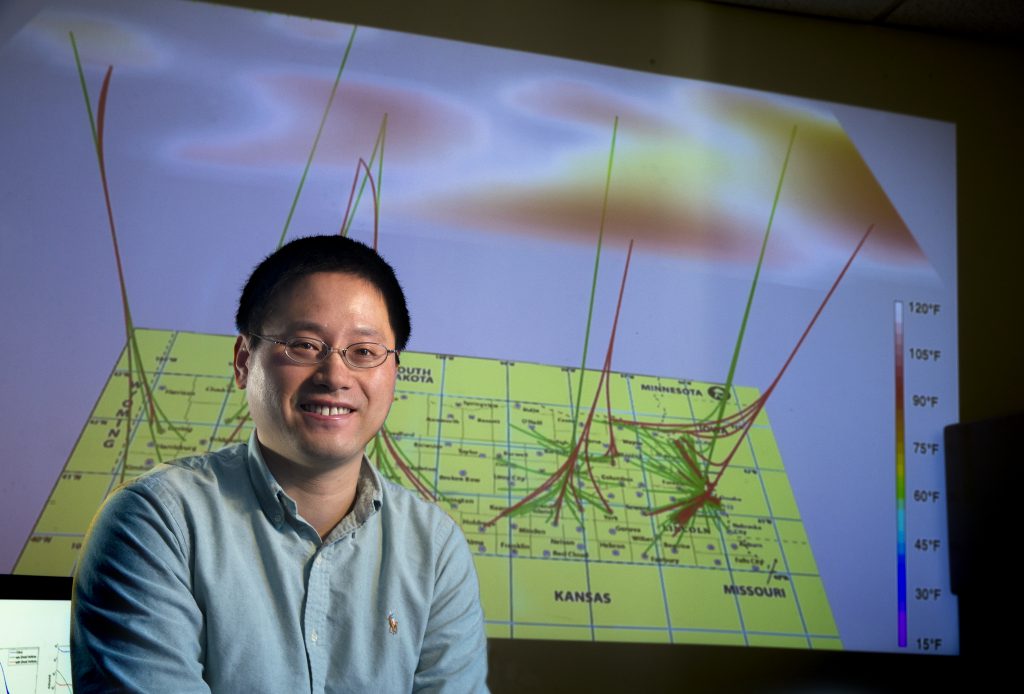 Hongfeng Yu, associate professor of computer science and engineering at the University of Nebraska-Lincoln, has been named interim director of the Holland Computing Center. Yu’s role became effective Aug. 30.

Yu will serve as interim director for up to one year, with responsibilities to include facilitating the center’s research, operations and resource development activities. He also will help the center prepare to recruit a permanent director.

Yu holds bachelor’s and master’s degrees in computer science from Zhejiang University in China and a doctorate from the University of California, Davis. He was a postdoctoral researcher with Sandia National Laboratories.

The Holland Center, with locations at the Schorr Center at UNL and the Peter Kiewit Institute in Omaha, contains the fastest, most robust computing power in the state. Researchers at the four University of Nebraska campuses rely on the center for data storage and high-performance computing resources. The center also provides training resources and ongoing support.