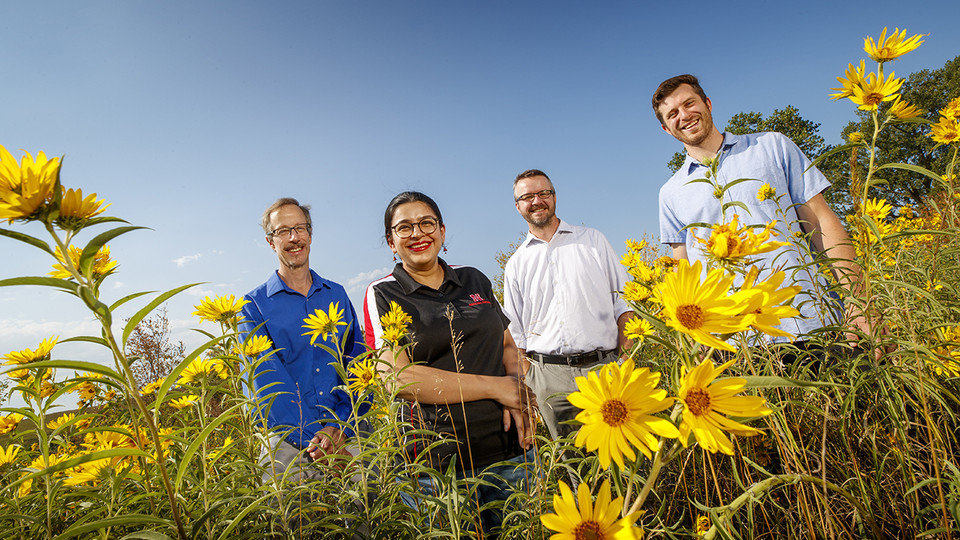 In medicine, the ability to screen for diseases before they wreak havoc on the human body has been revolutionary. Tests like colonoscopies and mammograms detect health problems before a patient has symptoms – and while there is still time to reverse course.

University of Nebraska–Lincoln ecologist Dirac Twidwell said it’s time to transplant this model of proactivity to a field that’s very different from medicine, but equally consequential: agricultural resilience, or the ability of ecosystems to withstand rapid and sudden transitions to an undesired state.

Increasingly fueled by global environmental change, these shifts – from grassland to a cedar woodland or from fertile farmland to desert in a Dust Bowl-like scenario, for example – can spark chaos in communities, with consequences ranging from reduced food and water security, to heightened wildfire risks, to decreased funding for public schools.

“The approach is meant to mimic the philosophy of medicine, so we can start to nail down, as early as possible, where we see problematic changes that we know carry a host of severe consequences to ecosystem services and people’s well-being,” said Twidwell, associate professor of agronomy and horticulture.

With the grant, Nebraska continues to gain momentum as a national leader in agricultural resilience. In 2017, the same Husker research team earned a $3 million grant from NSF to launch a resilience-focused graduate training program focused on the Platte River Basin. Earlier this year, Twidwell was part of a multi-institutional team that received a $10 million grant from the U.S. Department of Agriculture’s Agriculture and Food Research Initiative to foster a 20% increase in rangeland production.

More recently, the university has been working toward forming the Center for Resilience in Agricultural Working Landscapes, or CRAWL, aimed at helping decision-makers use resilience theory to boost agricultural production and meet the increasing global demand for food, feed and fuel.

“With our expertise in resilience theory and our strong network of on-the-ground partners, Nebraska is uniquely positioned to continue growing as a hub of innovation in resilience theory,” said Bob Wilhelm, vice chancellor for research and economic development. “This grant will help our researchers develop tools that help land managers in Nebraska and beyond determine when trouble is coming, and make adjustments before ecological changes negatively impact economies, services and human well-being.”

The team’s screening tools include maps that highlight changing vegetation patterns across the western United States, with a focus on how and where the boundaries between types of land cover are shifting. The products draw from computational biology, resilience theory, cloud computing and a state-of-the-art land cover dataset developed by the Montana researchers in partnership with the USDA Natural Resources Conservation Service Working Lands for Wildlife program.

The tools enable the researchers to identify changing landscape patterns that portend disruptive ecological shifts in enough time for land managers to make adjustments that will stop or mitigate the damage. The products are a path toward flipping agricultural resilience from a reactive discipline – where a problem is diagnosed, then treated – to a proactive one that curbs a problem before symptoms emerge.

“The tools are no different than a patient looking at an X-ray scan or a brain scan,” Twidwell said. “We can talk with landowners about what we’re seeing and give them a heads up that they may need to change their management strategies.”

But it’s not enough to simply develop the tools, said Brian Chaffin, assistant professor of water policy at Montana. If they are to be deployed effectively – and quickly enough to boost agricultural production by the predicted need of 70% by 2050 – researchers must know which groups are willing and able to use them.

Drawing on big data approaches, Chaffin’s group will use social network analysis and consumer data-based microtargeting to develop an algorithm that identifies individuals likely to use the high-tech tools. In addition, they’ll meet with local landowners, managers and industry representatives in Nebraska and Montana to showcase the tools and glean information about how these groups perceive the technology’s usefulness, and how much guidance they need to implement it.

“A better understanding of how these groups will use the technology, along with our increased ability to target early adopters and willing collaborators, will allow innovative approaches to landscape-scale conservation of both private and public land to take hold much faster and more effectively than in the past,” Chaffin said.

The project also focuses on training the next generation of leaders in agricultural resilience, providing support for a diverse group of postdoctoral scholars and graduate students at both institutions, as well as creating a resilience-focused faculty position at Nebraska.