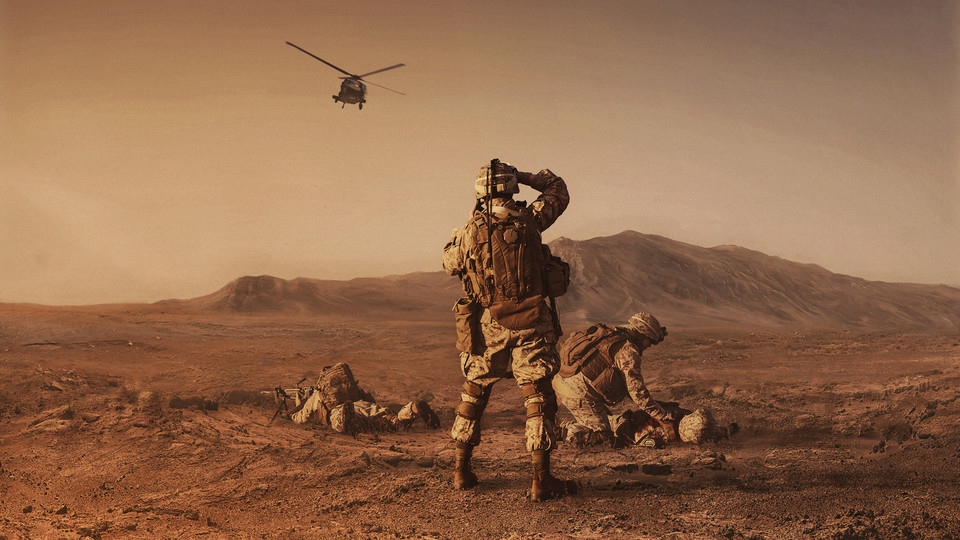 A University of Nebraska-Lincoln engineer and colleagues from the National Strategic Research Institute have received funding to expand research into a potentially life-saving treatment for soldiers afflicted with traumatic lung injuries.

Benjamin Terry, associate professor of mechanical and materials engineering, is collaborating with the University of Nebraska Medical Center and University of Colorado Boulder to develop a technology that can administer oxygen to military members being transported from remote locales.

The Department of Defense awarded the team $3.7 million in new funding over the next two years to support its project, which launched in 2016.

By delivering microscopic bubbles of oxygen to the abdomen, the technology aims to maintain functioning of the brain and other critical organs without taxing the damaged lung or lungs. The technology effectively mimics the role of alveoli, tiny air sacs in the lungs that release oxygen while removing carbon dioxide.

Delivered via a portable device, the technology would allow for en-route treatment of lung injuries that are currently untreatable with ventilators and other traditional means, researchers said.

“For the most severe lung injuries, there are few options for a war fighter in forward positions,” Terry said. “In these situations, every minute is critical, so our hope is that this device will extend the time for transport to a location that can offer the appropriate care.

“Our previous work with the National Strategic Research Institute has focused on perfusing the abdominal cavity with microbubbles. In the future, we will explore other delivery methods that would further reduce demand on injured lungs and increase en-route transport time.”

Along with Terry, the research team includes Keely Buesing, assistant professor of surgery at UNMC, and Mark Boden, associate professor of mechanical engineering, at Colorado.

Boden is developing a powdered form of the microbubbles that can be reconstituted in the field. Boden’s team is also working to refine a large-scale manufacturing process for the microbubbles, which are roughly 100 times narrower than a human hair.

“In order for lungs to heal, they need to rest,” Buesing said. “The best way is to provide oxygen through another means. It’s frustrating and sad for me and other physicians to get to a point where we have to tell families we’ve exhausted our therapeutic options and there’s nothing else that can be done. This method would provide us with another option for treatment.”