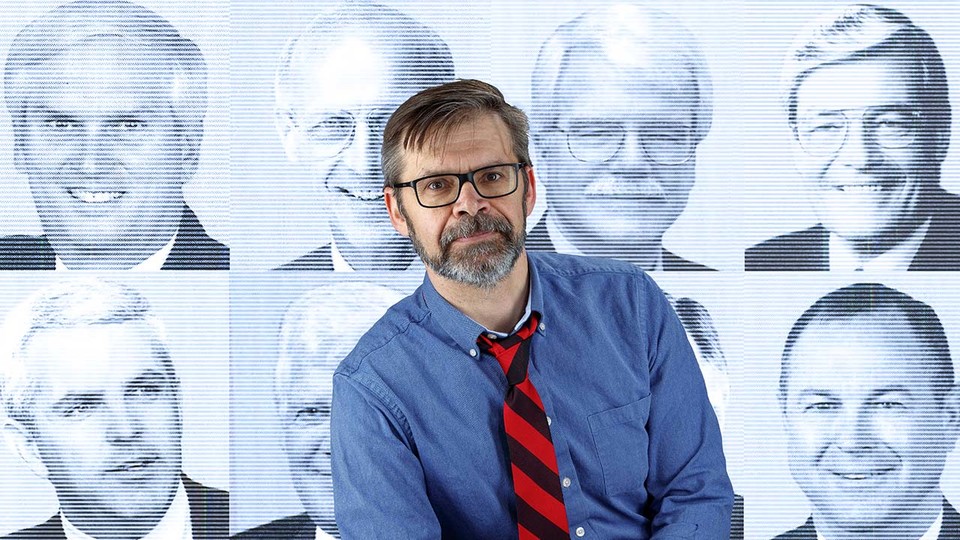 If playing in a high-stakes poker game, it may be better to face opponents on the liberal side of the political spectrum.

That’s because new research from the University of Nebraska-Lincoln has demonstrated a correlation between political ideology and facial expressivity: Conservatives have better poker faces, while liberals may allow more tells.

Previous research has shown that people can identify political affiliation from faces alone, but no one was quite sure why. Kevin Smith, professor and chair of political science, said the new paper, recently published in Politics and the Life Sciences, shows that it’s likely at least in part because liberals have more facial emotional expressivity.

“We did four studies for this paper, and they all triangulate on the same thing,” Smith said. “People can, with greater-than-chance accuracy, figure out whether you’re liberal or conservative just by looking at your face, and emotional expressivity seemed to be driving it in our analysis.”

The research suggests that facial emotional expressivity is yet another biological difference in conservatives and liberals, said Smith, whose previous research has found biological predispositions in political beliefs. These findings open the door to more research questions, he said, such as whether liberals prefer more emotionally expressive leaders and whether the findings might be strengthened with more study of facial muscle reactivity.

The first study consisted of a survey in which participants were asked to rate themselves on emotional expressivity.

“Liberals reported being less able to stop from expressing emotions, while conservatives were a little more buttoned-down,” Smith said.

This led to the second study, in which participants’ facial reactions were recorded with electromyography to measure the corrugator supercilii muscle while viewing positive and negative images. This muscle is situated above the eye and is involved in many facial expressions, including the frown.

The research showed more activation of the muscle in the faces of liberals compared to the reactions of conservatives.

To determine if emotional expressivity is identifiable and perceived as more liberal, Smith and his colleagues conducted two additional experiments.

In the third experiment, participants watched video of congressional representatives speaking at a lectern without sound or identification. Each five-second video was edited to exclude obvious body movements and facial expressions. After viewing each video, participants were asked to rate emotional expressivity and political ideology, among other traits. The results showed that emotional expressivity correlates with both perceived and actual political orientation.

“We deliberately picked video without overt emotional cues,” Smith said. “But sure enough, people could pick out who the liberal one was and who the conservative one was.”

In the final experiment, images of two German lawmakers with neutral facial expressions and two with clear emotional expressions were shown to participants, who rated them on a political spectrum.

Once again, the results showed that those with more emotional expression on their faces were perceived as more liberal.

Of course, there are exceptions.

“President Obama was known for his coolness, and John Boehner was often seen crying,” Smith said.

The study was co-authored by Johnathan Caleb Peterson, Carly Jacobs and John Hibbing.