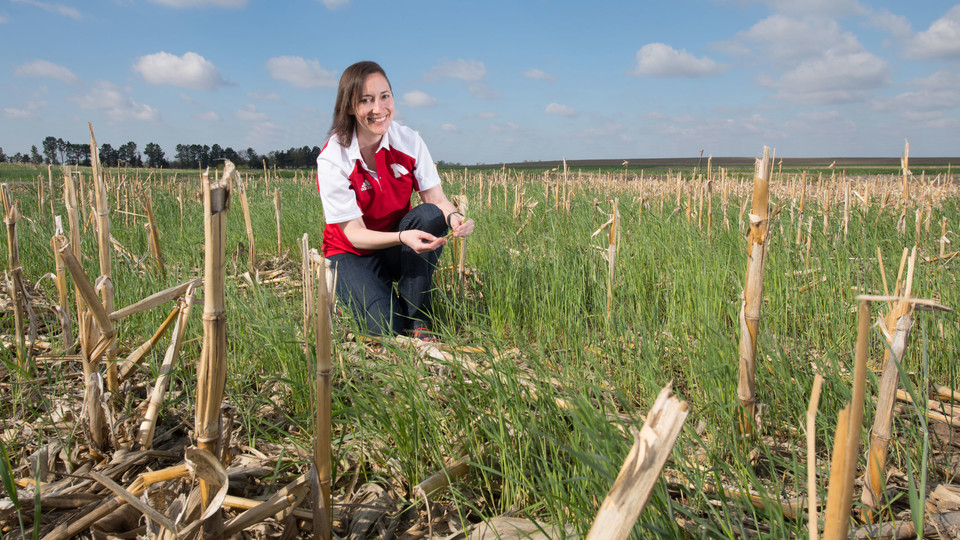 Three University of Nebraska–Lincoln Department of Agronomy and Horticulture faculty have been awarded a grant from the Nebraska Environmental Trust to develop a decision-support tool for the successful incorporation of cover crops into Nebraska cropping systems.

Soil degradation remains a major challenge to long-term agricultural productivity across the world. Over the last several years, some watersheds in Nebraska have experienced substantial soil erosion losses that will require many decades to replace at current soil formation rates.

Corn and soybeans are the predominant annual crops grown in Nebraska. Conservation measures on these acres are imperative for ensuring healthy soils and water quality sustainability with a more variable climate.

Cover crops – growing a plant to protect the soil when it would otherwise be bare – represent a significant opportunity to reduce soil degradation, and if managed to optimize benefits, could promote soil regeneration on nearly three-quarters of Nebraska cropland. Cover crops have been shown to increase water retention, reduce soil erosion and offset carbon declines with increasing climate variability. They may also be used as supplemental forage in fall and spring when livestock feed is limited.

According to the USDA’s most recent Census of Agriculture, less than four percent of the 19 million acres of cropland in the state are utilizing the practice despite the benefits. Farmers report that their largest challenge is the limited planting window for fall seeded cover crops, as well as the timing needed for spring termination.

Farmers also report a need for more regionally-based recommendations on a range of cover crop species for corn-soybean rotations, as well as a desire to learn more about cover crop management from their producer peers.

More than half of Nebraska producers surveyed cited forage production for livestock feed as a reason for growing cover crops, representing an opportunity to increase cover crop use in the state. Another opportunity to reducing cover crop barriers is utilizing cash crop varieties that can be harvested earlier, allowing for more time to plant cover crops in the fall.

The goal of the new project is to establish a network of farmers and scientists engaged in managing and studying cover crops. This network will compile previously collected data and will integrate existing performance and management information to better understand cover crop performance across different regions, management scenarios, climatic zones and soil types.

The farmers and scientists will provide regular feedback to the research team to answer region-specific questions of importance to producers.

The data will serve as the foundation for a newly created statewide decision-support web tool which will be developed through the Nebraska’s Holland Computing Center.

The Nebraska Legislature created the Nebraska Environmental Trust in 1992. Using revenue from the Nebraska Lottery, the Trust has provided over $305 million in grants to over 2,200 projects across the state.