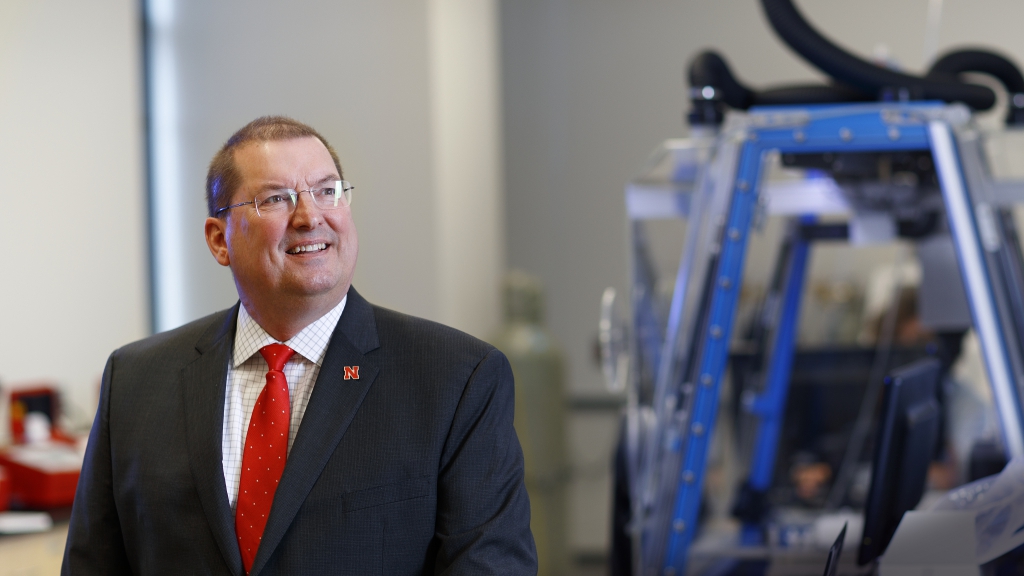 Wilhelm joins Nebraska from the University of North Carolina at Charlotte, where he has been an award-winning faculty member in mechanical engineering and engineering science since 1993, serving in leadership positions before becoming vice chancellor for research and economic development in 2011. Since 2005, he also has been executive director of the Charlotte Research Institute, a gateway for business, government and industry partnerships similar to Nebraska Innovation Campus.

His role in founding six National Science Foundation industry-university cooperative research centers and his success in connecting startups and established companies with opportunities at UNC Charlotte prepared Wilhelm for his economic development role at Nebraska.

A full interview with Wilhelm will appear in the June issue of Research News.