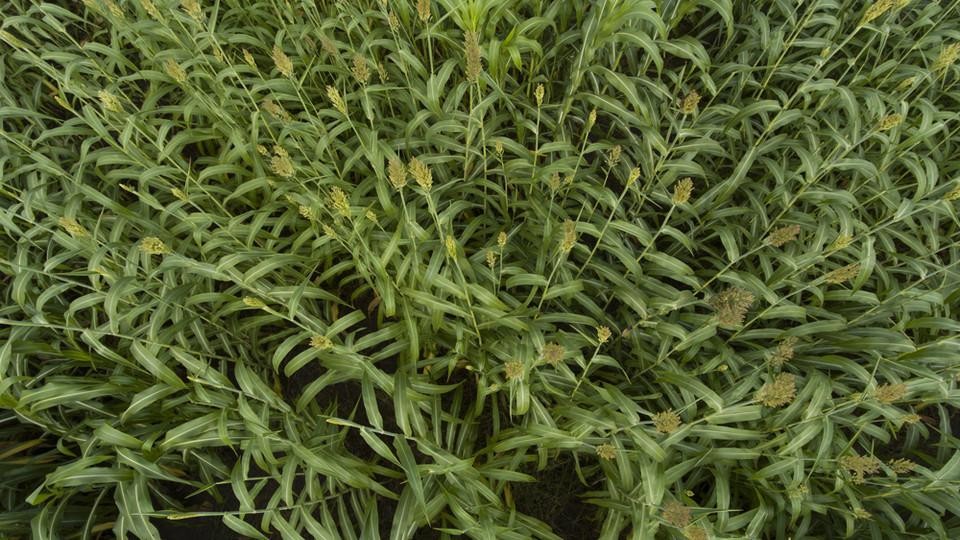 A University of Nebraska-Lincoln research team is exploring the potential of sweet sorghum ethanol as an income source for producers in western Nebraska.

Sweet sorghum is a cultivar of sorghum primarily grown for its juice. Due to its high sugar content and stability during drought, researchers have identified it as a potential ethanol feedstock crop for non-irrigated farmland. The sugar syrup from the stalks would be fermented to make ethanol.

For sweet sorghum to compete with corn – the leading feedstock for ethanol production in the United States – it must be more lucrative and more economical. Considering factors such as yield and the cost of processing, researchers estimate that the current sweet sorghum-ethanol pathway is a barely break-even prospect in western Nebraska.

“Under the typical conditions considered, there are insufficient benefits to farmers and ethanol plants to make the sweet sorghum-ethanol pathway an attractive economic opportunity,” said Richard Perrin, Jim Roberts Professor of Agricultural Economics at Nebraska. However, the researchers found that there are a few circumstances that would improve the crop’s viability.

Currently, the U.S. Renewable Fuel Standard mandates consumption of specific levels of renewable fuels made from various feedstock categories. Under the markets created by the program, ethanol plants would be almost certain to obtain a premium for sweet sorghum ethanol compared to corn ethanol, making the former more economical. However, according to the researchers, the volatility of the premium and political opposition to the program make this benefit risky.

Another consideration that could increase the crop’s viability is an increase in yields. A $13.5 million, multi-institutional research project led by the university may provide the necessary yield increases. That effort aims to improve sorghum as a sustainable source for biofuel production.

“If the research efforts raise biomass yields by 20 to 30 percent, or show that yields are actually 20 to 30 percent higher than our estimate, the benefits to both the producer and the ethanol plant would be sufficient to make adoption of sweet sorghum for ethanol a sustainable possibility,” Perrin said.

Details of the research were reported in the January issue of the Journal of Agricultural and Resource Economics.