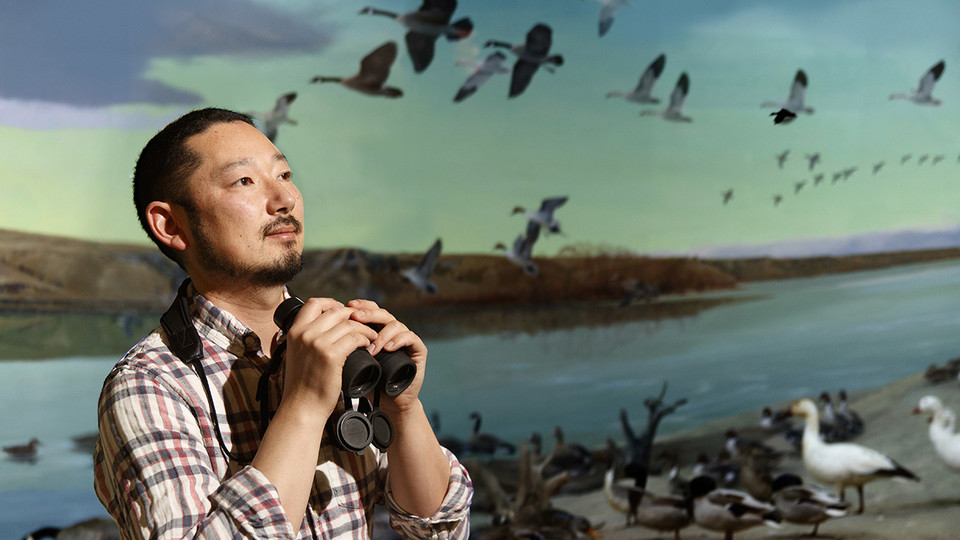 Birds of a feather may flock together, but the makeup of the flock is always changing.

Population turnover — a universal process driven by birth, death, migration and dispersal — affects social networks of all kinds, from human to bird to cell. Despite these demographic swings, many species’ social networks remain intact across time. Nebraska evolutionary ecologist Dai Shizuka first noticed this phenomenon while studying golden-crowned sparrows in California as a doctoral student.

“I saw a long-term stability to the social system, even though half the birds were replaced each year,” said Shizuka, assistant professor of biological sciences at the University of Nebraska–Lincoln. “This raised the question: How do societies remain stable despite the constant replacement of individuals?”

This query planted the seed for a research trajectory he will explore with a five-year, $712,500 Faculty Early Career Development award from the National Science Foundation. Through the lens of ornithology — the study of birds — Shizuka is studying how population turnover shapes social networks, network resilience and the relationship between social structure and social behavior.

His work will pave the way to a better understanding of how both disease and information spread through populations, as social relationships are a prerequisite to transmitting pathogens or facts. It may shed light on how social relationships affect evolution. And it could lay the foundation for assessing the stability of social networks across the spectrum, from humans to other animals to genes.

In recent years, animal behavior researchers have increasingly used social network analysis to investigate populations of various species. By mapping data points on graphs, researchers can better identify connections and relationships among individuals within the network. But to date, no one has comprehensively studied how ever-changing membership affects these networks, or why societies persist in the face of demographic change. This is a crucial piece of the puzzle, Shizuka said.

“When a group loses an individual, all of that individual’s social connections and relationships are also lost,” he said. “The replacement individual makes completely new connections that didn’t exist before. This process is ubiquitous in all social networks.”

To study these patterns, Shizuka takes a two-pronged approach. He is developing a model of network dynamics using computational programming, which allows him to simulate theoretical scenarios involving population turnover. Using this model, he assigns various traits to individuals or groups within a network and tests how they are affected by demographic shifts.

Simultaneously, he leverages his ongoing field research on golden-crowned sparrows at the University of California, Santa Cruz to study links between population turnover and social selection. For example, he is building on recent research investigating how social recognition, in addition to physical traits such as plumage size, dictate which individuals win in competitions for food and other resources, which could have evolutionary implications.

Other facets of Shizuka’s project involve launching an annual on-campus event that will expose refugee and immigrant high school students in Lincoln to opportunities at the university, with the aim of recruiting more of them to campus and increasing their representation in the STEM fields. He also is developing undergraduate and graduate curricula focused on reproducible research.

National Science Foundation CAREER grants support pre-tenure faculty who exemplify the role of teacher-scholars through outstanding research, excellent education and the integration of education and research.