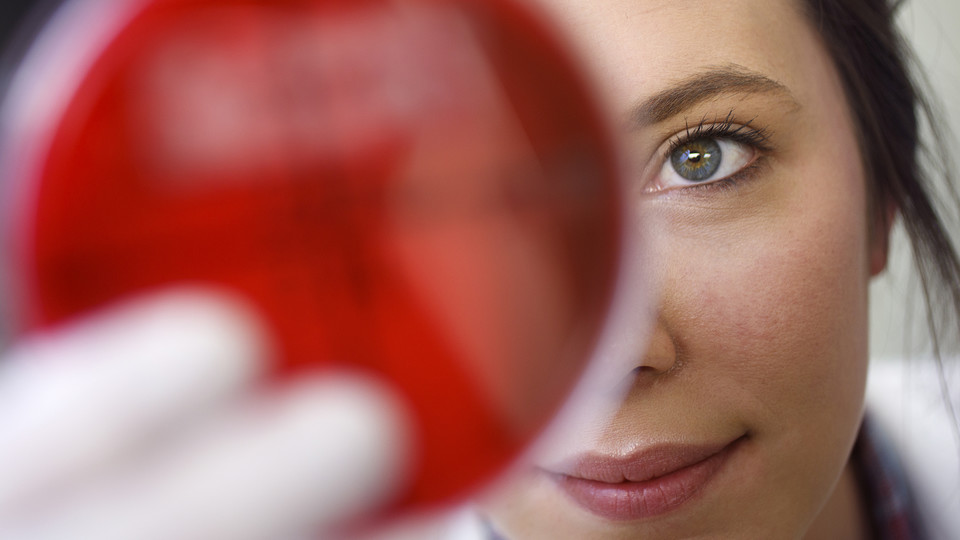 Each year in the U.S., at least 2 million people are sickened from bacteria resistant to antibiotics, and 23,000 people die from those infections. Many more die from other conditions complicated by an antibiotic-resistant infection, according to the Centers for Disease Control and Prevention. Infections from drug-resistant “superbugs” result in an estimated $20 billion a year in direct health care costs and up to $35 billion in lost productivity from hospitalizations and sick days.

“This new institute will accelerate discoveries and engage producers in new and impactful ways that will enhance the stewardship and prolong the shelf life of these disease-prevention tools. The establishment of this institute is a big deal and we are excited about this next chapter of our partnership with our colleagues from Iowa, the industry and beyond.”

The institute will be jointly funded by the University of Nebraska–Lincoln and Iowa State at a combined $525,000 per year for three years ($1.575 million total). Rodney Moxley, Charles Bessey Professor of Veterinary Medicine and Biomedical Sciences at Nebraska, will play a leadership role.

The Institute for Antimicrobial Resistance Research and Education stems from recommendations by a joint AAVMC/APLU task force, which authored a 2015 report outlining an array of research and education initiatives to address antimicrobial resistance. The report recommended that veterinarians, physicians and other scientific experts work closely together to attain optimal health for people, animals and the environment. The institute will help coordinate and implement those recommendations at universities and veterinary medical colleges across the country.

The new institute will build upon an existing partnership. The universities involved began to address some of these same problems three years ago through the Antimicrobial Resistance Consortium, a research initiative that has involved Nebraska, UNMC, Iowa State, Iowa, the USDA Agricultural Research Service, the Mayo Clinic and a team of more than 100 researchers, educators, clinicians and extension personnel.

“Antimicrobial resistance touches each of us in our daily lives. This new institute provides a great resource for the entire country as we work to build strong, collaborative research and educational programs to mitigate this risk,” said Paul Plummer, associate professor of veterinary diagnostic and production animal medicine at Iowa State. Plummer directed the AMR Consortium and will serve as executive director of the institute, which will be housed at Iowa State.

Along with Plummer and Moxley, institute leadership will include: