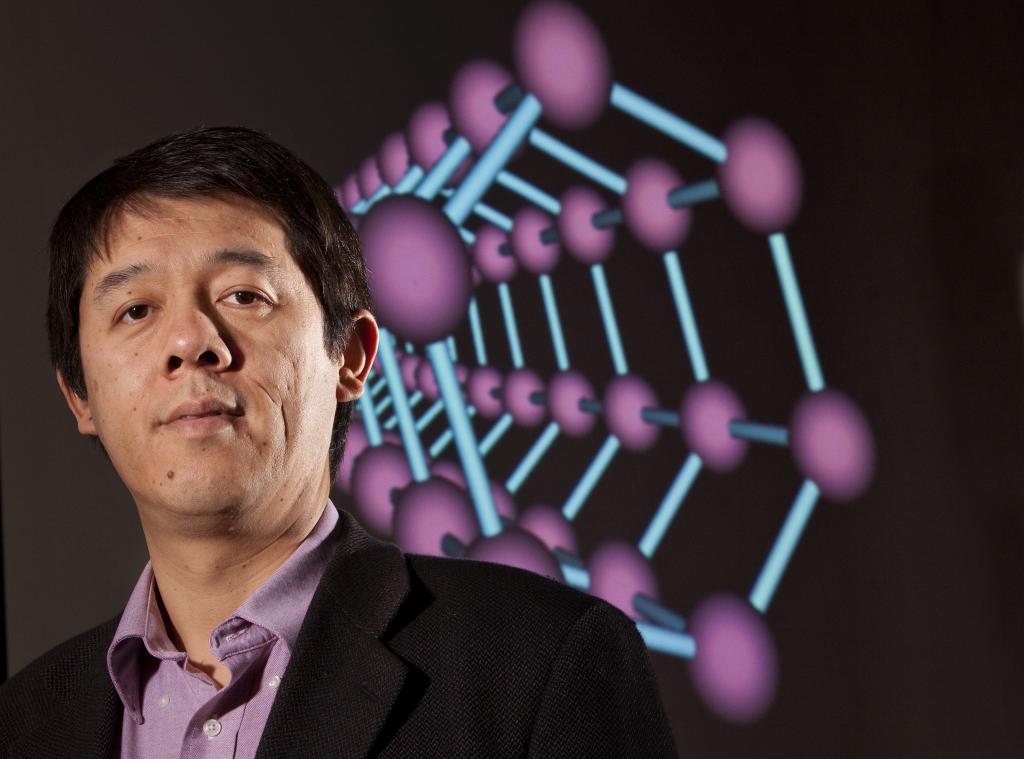 The Royal Society of Chemistry has named Xiao Cheng Zeng the 2017 recipient of its Surfaces and Interfaces Award.

The annual award honors outstanding and innovative research on the behavior of chemical systems at surfaces or interfaces. Zeng, Chancellor’s University Professor of Chemistry at the University of Nebraska-Lincoln, is the first winner from a university outside of Europe.

“I am humbled and very honored to receive the Royal Society of Chemistry’s Surfaces and Interfaces Award,” he said. “I want to acknowledge all my current and former teammates, including graduate students, postdoctoral fellows and collaborators worldwide. This honor is also a recognition of many scientific accomplishments by my team and collaborators.”

Zeng’s research interests are computational chemistry, materials chemistry and nanoscience. He uses supercomputers to carry out virtual experiments that predict the behavior of materials under extreme conditions. Many of his findings are later confirmed in the laboratory.

His team made the groundbreaking discovery that hollow, cage-like structures, or “buckyballs,” make up the atomic structure of gold, which could have medial and diagnostic applications. He also uncovered the “Nebraska Ice” phenomenon, the discovery that water contracts rather than expands when frozen at extremes of subnanoscale confinement.

The Royal Society of Chemistry, one of the oldest scientific societies in the world, is Europe’s largest organization dedicated to advancing the chemical sciences. It sponsors more than 80 prizes and awards that honor researchers for the originality, impact and quality of their work, and their ability to engage in collaboration across the chemical sciences.

“It is an honor to celebrate the innovation and expertise of our community through our prizes and awards,” said Robert Parker, the society’s chief executive. “We know that chemistry can be a powerful force for good, and quality research and communication of that research are more important than ever before.”