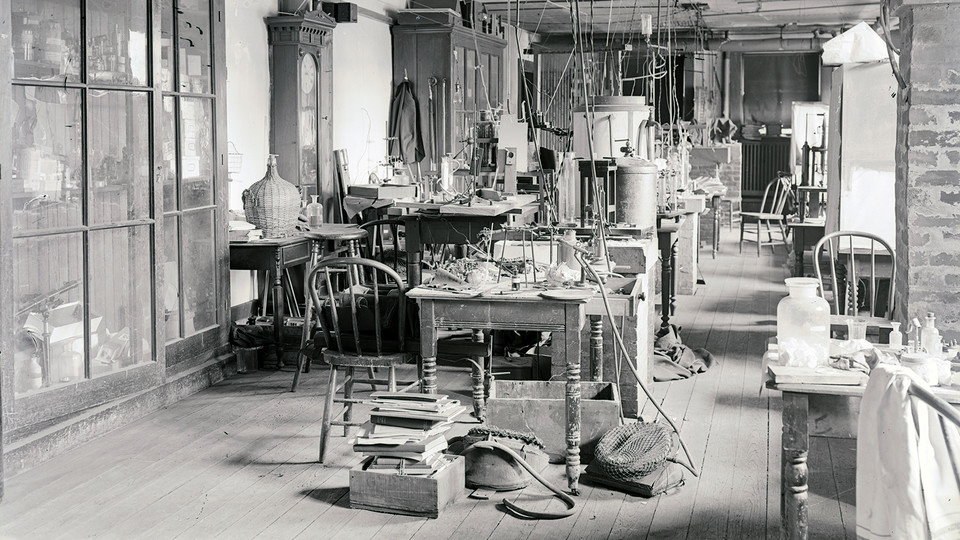 Historic ties between the research of DeWitt Bristol Brace — a pioneer of the University of Nebraska’s physics program — and Albert Einstein’s iconic theory of relativity will be explored in the next Nebraska Lecture.

The talk, “Physics at Nebraska: DeWitt Bristol Brace and Einstein,” is 3:30 p.m. Sept. 10 at the Wick Alumni Center, 1520 R St. It will be led by Dan Claes, professor and chair of physics and astronomy.

“Few people are aware of the legacy that Brace left on the university and within the field of physics,” Claes said. “He had a reputation for building precision instruments and executing flawless experiments — all of which he did while here at the University of Nebraska.”

Claes will showcase how Brace’s research provided a result that contributed toward Einstein’s theory of relativity. He will also discuss Brace’s work as one of Nebraska U’s first true specialists in physics education; how his research helped advance the reputation of the fledgling Midwestern university; his work guiding the construction of what became Brace Hall; and how one of his students earned Nebraska’s first doctoral degree.

Brace served on the University of Nebraska faculty rolls from 1887 until his death in 1905. He was hired to take over the teaching of physics — which at the time would have covered most engineering fields — and went on to create the Department of Physics.

Under his guidance, the department grew to include four full-time faculty, a large laboratory budget and a productive research agenda.

While monitoring construction of a new physics building in 1905, Brace became ill and was unable to teach classes. He suffered from septicemia that is believed to have stemmed from a tooth infection and died on Oct. 5, 1905 at the age of 46.

In February 1906, at the request of the physics faculty and the university senate, the new physics building was named Brace Laboratory of Physics. A recent renovation converted the building into a facility dedicated to using innovative teaching methods to further undergraduate education.

Claes’ talk is the eighth in the 2019 Nebraska Lectures: Chancellor’s Distinguished Speaker series. Regularly offered twice a year and featuring faculty discussing research and creative activity, the series has expanded in 2019 to a year-long, 12-talk format celebrating the university’s 150th anniversary. The expanded series is supported through a $15,000 grant awarded by the National Endowment for the Humanities through Humanities Nebraska.