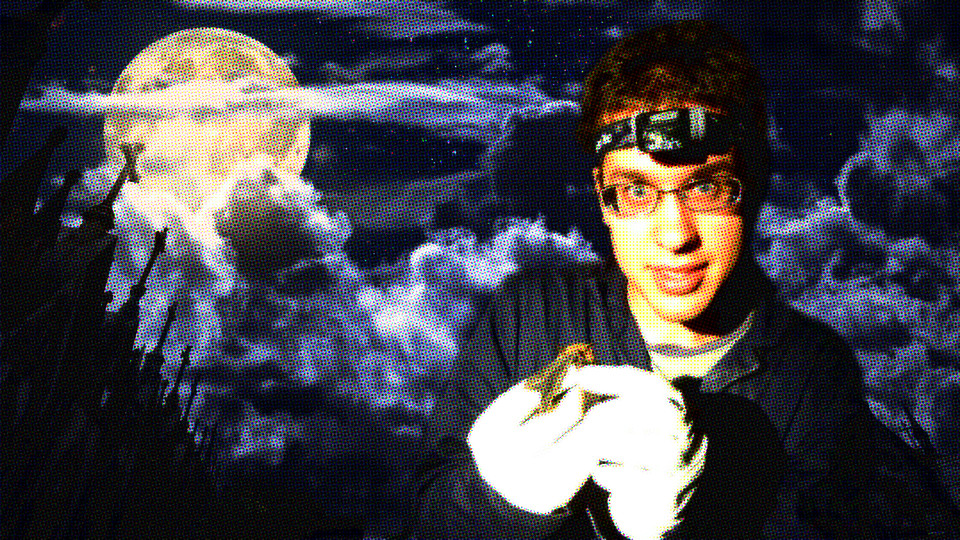 To many people, the spooky sight of a bat flying across a moonlit sky is a sign of Halloween.

Yet despite their popularity for Halloween costumes and decorations, bats actually are more active in the summer in Nebraska, according to University of Nebraska–Lincoln graduate student Christopher Fill, who spent summer 2018 studying the flight patterns of bats living at Homestead National Monument of America, near Beatrice, Nebraska.

During his 2018 project, Fill set up detectors in farm fields, prairies and wooded areas near the monument, a 211-acre property that is part of the National Park System, to gather preliminary information on where bats live and forage.

“We’re very excited about our partnership with the University of Nebraska–Lincoln and the information Chris is gathering,” said Jesse Bolli, resource management specialist for the monument. “We need to know how bats use Homestead National Monument of America and how our actions might impact them.”

Fill will return to the monument in summer 2019 to gather more data about the bats that live there. He hopes to capture and track northern long-eared bats, an threatened species that is susceptible to a fungal disease called white-nose syndrome. The goal is to learn whether the disease is spreading through Nebraska and whether Nebraska bats have developed resistance to it.

Bats’ connection to Halloween is one of many misconceptions about the small flying mammals, Fill said. The typical species found in Nebraska make only occasional appearances in fall and winter — their activity is waning by the time trick-or-treaters don costumes.

Fill, whose goal is to become a wildlife conservationist, is one of 10 graduate students conducting research under a $3 million National Science Foundation grant awarded to Craig Allen, director of Nebraska Cooperative Fish and Wildlife, and colleagues.

“People are just afraid of bats,” Fill said. “Sometimes they try to get into houses, or they might roost in an abandoned house in the winter — and that seems spooky. But bats are fun to study. I like bats.”

The equipment Fill used in his project detects the bats’ movement by recording their echolocation calls.

Some studies have shown that bats are valuable assets to agriculture, because they consume insects. Fill’s goal is to measure where they are most likely to forage so that farmers can develop strategies to take best advantage of bats’ pest-control abilities.

In summer 2019, he plans to set out additional detectors to obtain more detailed information about bat foraging patterns.

After earning his bachelor’s degree in biology at the University of Massachusetts at Lowell, Fill, 25, worked as a technician on biology research projects, studying bats in Tennessee and South Carolina, in 2015; prairie chickens in Valentine, Nebraska, in 2016; and bats in Oklahoma, Mississippi, Illinois and Indiana in 2017.

In the winters he worked at a Subaru dealership in his home state of Massachusetts. He applied for Allen’s program, offered though the NSF’s National Research Traineeship Program, after he realized he would need a master’s degree if he wanted to make a full-time career of studying wildlife.

Although the work isn’t necessarily easy — it took 11 hours, pushing through densely planted corn and soybean fields in 100-degree temperatures to set up his detectors in July 2018 — he finds it rewarding. He is eager to write and publish a paper describing his findings.

“All the other times I collected data, it was for somebody else,” he said. “This is mine.”