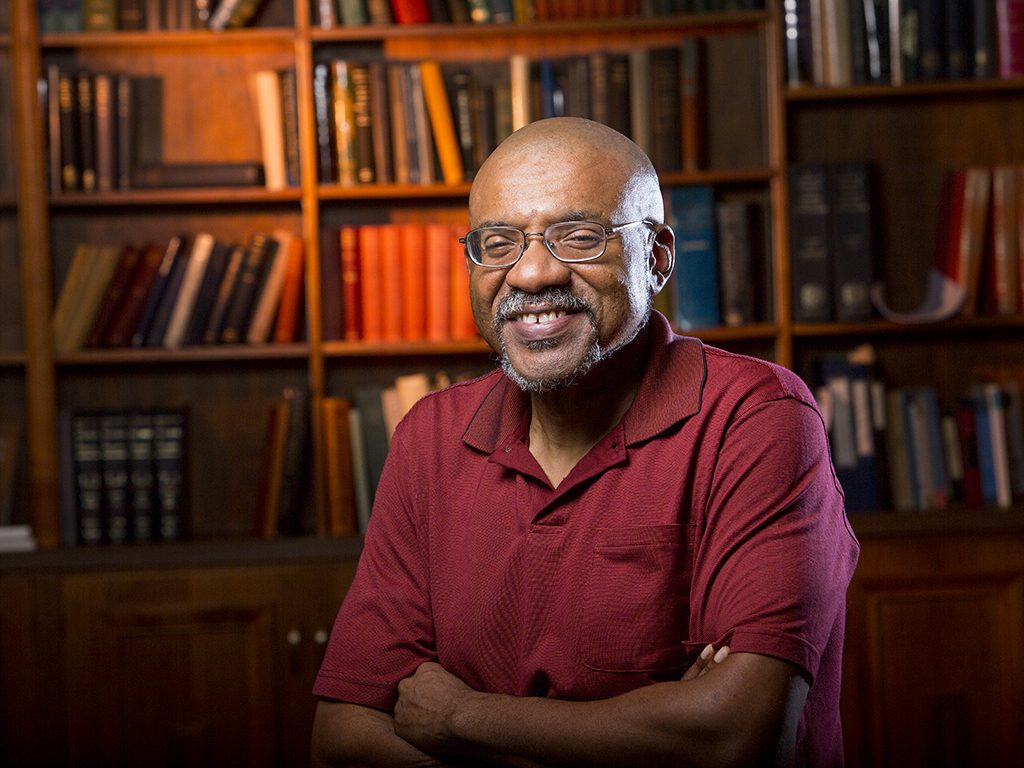 In four short years, what started as a small literary project at the University of Nebraska-Lincoln has become an award-winning organization lauded for raising the international profile of African poetry. During the fall Nebraska Lecture, English professor Kwame Dawes will share the brief, yet exciting, history of the African Poetry Book Fund at Nebraska.

The free public lecture, “When ‘They’ Becomes ‘Me’: Responsibility and Action in Literary Activism – The Case of the African Poetry Book Fund,” is at 3 p.m. Nov. 10 in the Nebraska Union auditorium, 1400 R St. A reception will follow. A live webcast will be available. Follow #neblecture or @UNLresearch for live tweets during the lecture.

Dawes is founding editor of the African Poetry Book Fund, a project that arose because no single publisher was focusing exclusively on publishing African poetry. Through book series, contests, workshops and seminars, the project has changed the landscape for African poets by raising the visibility of their work.

The African Poetry Book Fund has published nearly 40 African poets’ work and established five poetry libraries in Africa. It also has created a much-needed network of mentors and colleagues that is changing how African poetry is viewed, he said. Dawes said the project’s early success is just the beginning of what it can accomplish.

“This project demonstrates how, with vision and hard work, a small outfit can impact the wider world,” said Dawes, Chancellor’s Professor of English and Glenna Luschei Editor of Prairie Schooner.

Dawes is acclaimed for his work as a writer, scholar, editor and poet, notably in Caribbean, African and African-American literature. He received a prestigious 2012 John Simon Guggenheim Memorial Foundation Fellowship and a 2009 Emmy Award in news/documentary for a multimedia project on HIV/AIDS in Jamaica. He has also won major awards for his poetry and his contributions to the literary arts.

His lecture is part of The Nebraska Lectures: Chancellor’s Distinguished Lecture Series, sponsored by the UNL Research Council, Office of the Chancellor and the Office of Research and Economic Development in partnership with Humanities Nebraska and the Osher Lifelong Learning Institute.