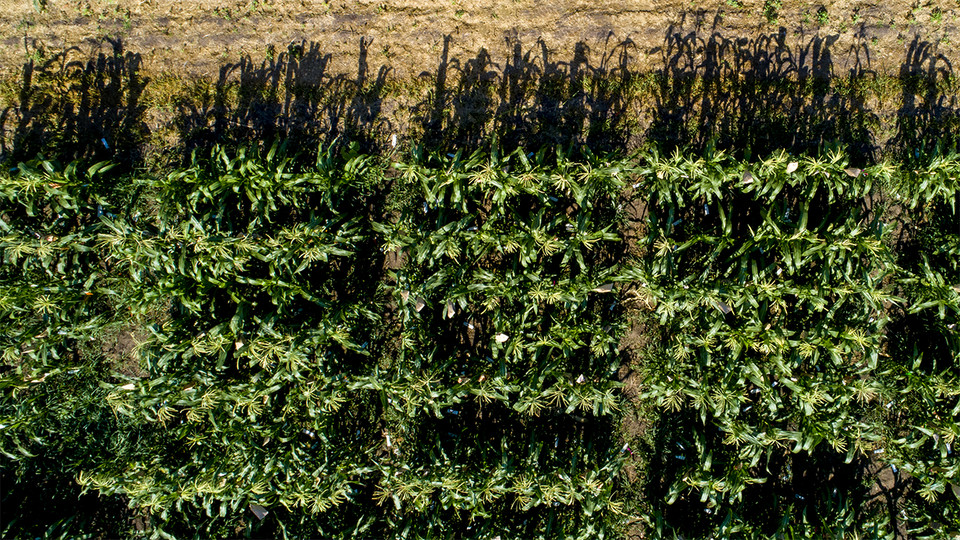 A 65-year comparative analysis between U.S. yields of irrigated and rain-fed crops has sounded a message to farmers, land managers and policymakers: Mind the gap.

Irmak and Kukal found that the yield gaps — differences in food produced with irrigation vs. rainfall alone — generally widened over that span, a trend they suspect stems partly from climate change and technological advances in irrigation management.

But the rates at which those gaps widened, and how consistently they did so over time, differed substantially among the crops and the regions that grew them.

“You get more yield from irrigated than rain-fed (agriculture), but the magnitude of yield increase is a function of several variables,” said Irmak, Eberhard Distinguished Professor of Biological Systems Engineering. “It’s not surprising that as precipitation increases, the yield gap decreases. But that also has spatial and temporal attributes, so it’s not really constant in all regions or for all crops.”

Irrigation most benefited corn yields, according to the study, boosting them 270% nationally over the 65-year span. The unique growing season of winter wheat meant that its yields rose only 25% with irrigation, the smallest gain among the nine crops. Yet even crop-specific yield gaps varied noticeably by location. Two corn-growing areas separated by about 700 miles, for instance, saw a seven-fold difference in irrigation-related yield gains.

Having mapped such differences across roughly 80% of the United States’ cultivated land, the researchers said they hope the findings can help guide future crop production while calibrating water management and irrigation use nationwide.

Regions or states with historically wider gaps, especially those growing the most irrigation-thirsty crops, might consider irrigating more or investing in soil management practices that help conserve moisture, Irmak said. Those that have historically seen little difference — or, in a few areas, seen the gaps between irrigated and rain-fed yields narrow — might decide to allocate their resources in other ways.

The county-level precision of the study’s data might also help individual farmers better estimate the potential return on investing in irrigation.

“We have those answers for different crops in each county, so they can go back and do some analysis,” Irmak said. “If they want to buy a center-pivot for approximately $150,000 and convert their land to irrigation, they can quantify the (return on investment). Of course, these are ranges (of values), but they can say, for instance, ‘I can increase my yield by about four to six tonnes per hectare. Depending on grain prices, over the course of five to eight years, I can pay for my pivot.’”

Irmak and Kukal likewise quantified the number of years that given counties failed to generate any meaningful yields of a crop when relying only on rainfall, which some farmers might factor into long-term risk assessments, the researchers said.

“There’s a bigger risk with rain-fed (agriculture),” Irmak said. “There’s an overall, long-term average value for rain-fed yields, but that doesn’t mean you are going to get that yield every year. That’s why we consider irrigation an insurance policy that normalizes things and provides stable productivity under varying climatic conditions.”

The researchers, who in 2018 published studies that quantified the lengthening of growing seasons and the agricultural effects of climate trends across the United States, said they expect farmers and other ag professionals to welcome the depth and complexity of the new analysis.

“Farmers are very smart people,” Irmak said. “In extension, there is a general concept that you need to provide simple information and (focus on making it) understandable. And that’s great. But that was probably (truer) a long time ago. Things are changing as farmers and their operations are getting more complex and sophisticated, especially in changing climatic conditions.

“I interact with a lot of farmers, almost on a daily basis. They want more information. They really appreciate more and more scientifically based data.”

By contrast, Irmak conceded that he regularly encounters irrigation-related pushback from colleagues who study environmental issues, including irrigation’s role in ferrying nitrogen and other fertilizer components into groundwater. A desire to balance that perspective with the upsides of irrigation motivated Irmak and Kukal to publish the new study in Environmental Research Communications.

“Irrigation on 24% of the cultivated land produces 40% of the total global food supply,” Irmak said. “If we stopped irrigating today, more people would suffer or worse due to substantially reduced food, fiber and feed production, especially in areas that are already experiencing a significant shortage of supplies. In my program, we look at reducing the negative environmental impact of irrigation. And I do acknowledge that irrigation may have some negative environmental effects when management is not practiced properly; there’s no question about that.

“But overall, irrigation contributes substantially (to food production), and I want to get this message to platforms where the most environmental colleagues are. I thought this could contribute to getting environmentally and agriculturally focused people thinking about irrigation’s positive impacts rather than focusing on just their own ideas.”