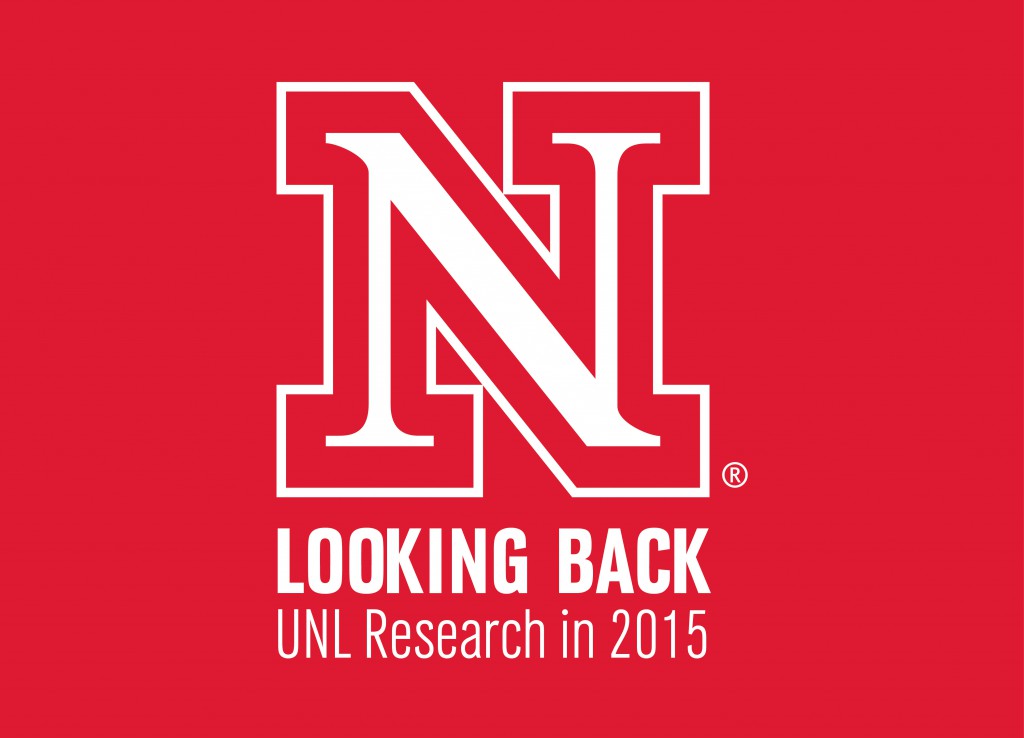 2015 research highlights
2015 was a year of progress and momentum for research at the University of Nebraska–Lincoln. This slideshow highlights some of our research advances, funding successes, faculty achievements and new initiatives throughout the year. To read and see more, just click the embedded links. 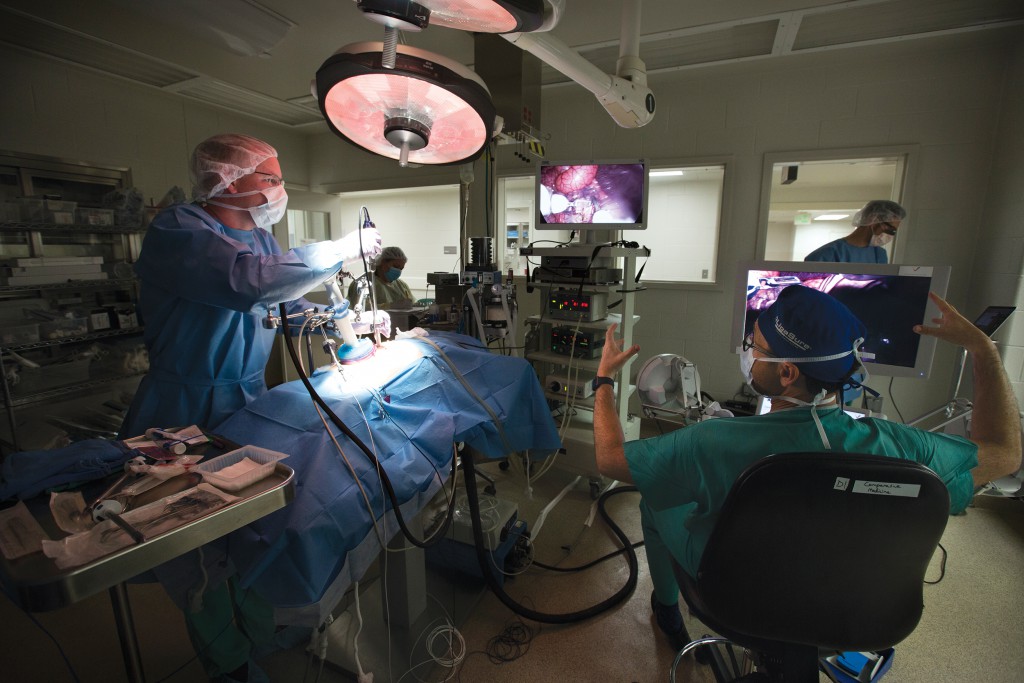 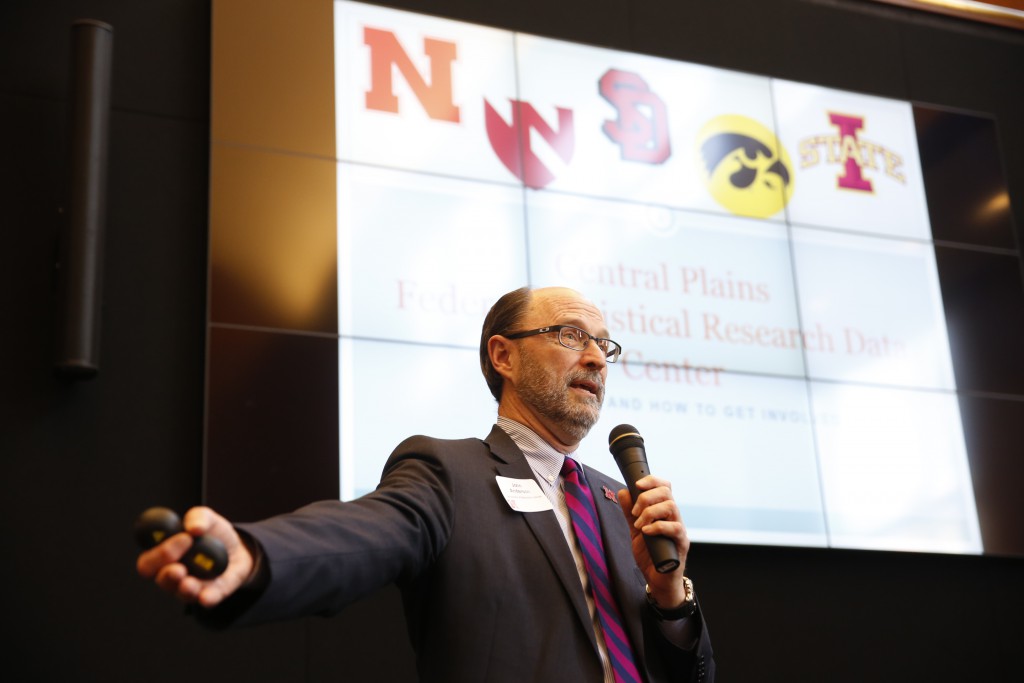 Research Data Center launch
UNL and its partner universities celebrated the launch of the new regional Central Plains Research Data Center, a partnership with the U.S. Census Bureau with funding from the National Science Foundation. The highly secure center opened in fall 2015, providing researchers access to restricted federal data needed to do cutting edge research. UNL, UNMC, Iowa State University, the University of Iowa and the University of South Dakota are the center’s institutional partners. 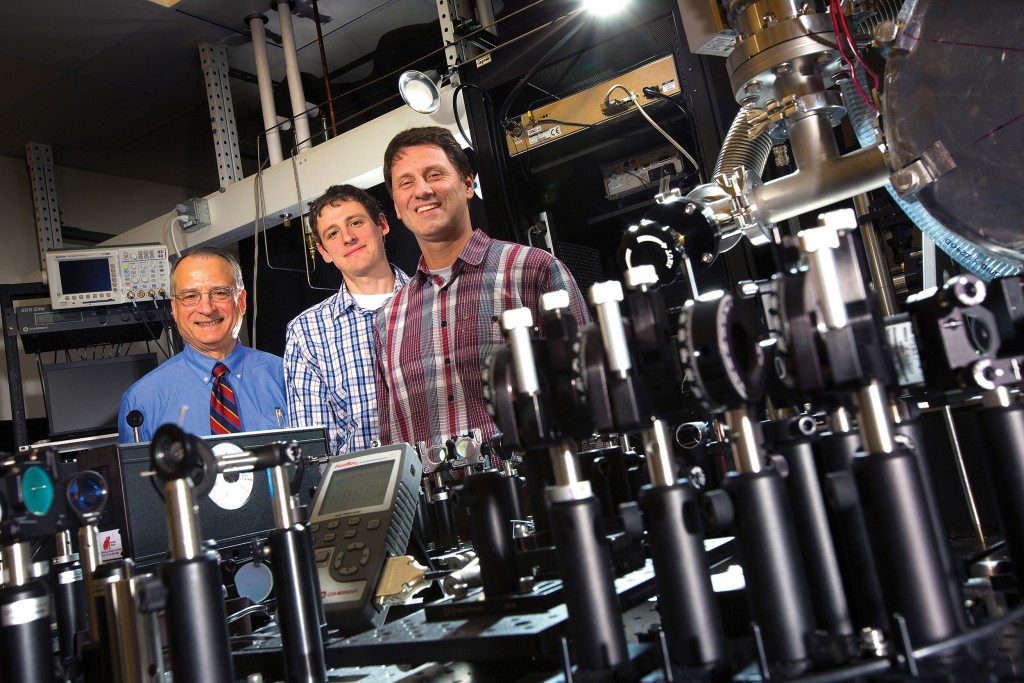 Teaming on ultrafast science
With a grant from the National Science Foundation’s EPSCoR, UNL physicists and engineers are collaborating with colleagues at Kansas State University and the University of Kansas through the new Nebraska-Kansas Consortium, a partnership to expand the universities’ capacity to study atomic, molecular and optical physics. The tools they develop could have applications in laser technology, solar energy capture, nanotechnology and optoelectronics. 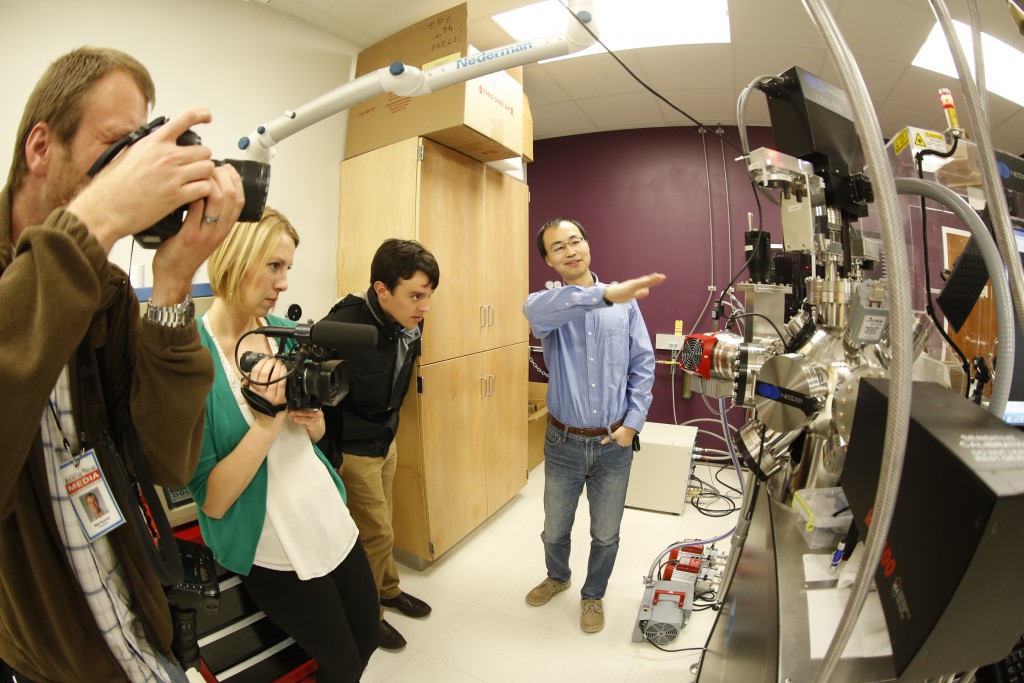 MRSEC wins continued funding
UNL earned a $9.6 million grant from the National Science Foundation to support its Materials Research Science and Engineering Center and its nanotechnology research through 2020. Through this multidisciplinary center, physicists, chemists and engineers collaborate to study nanostructures and materials that could lead to smaller, faster and more energy-efficient electronic and computing technologies. 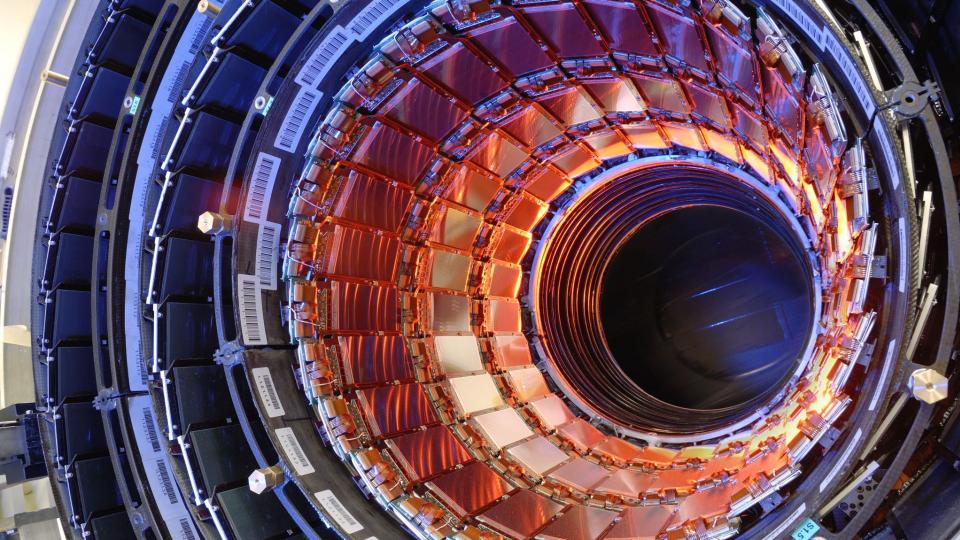 Large Hadron Collider reboot
As the Large Hadron Collider restarted in spring 2015, UNL particle physicists continued their leadership roles in the world’s grandest physics experiment. UNL physicists have long collaborated on experiments with the huge supercollider at the CERN laboratory in Switzerland, which provided long-awaited evidence of the Higgs boson in 2012. 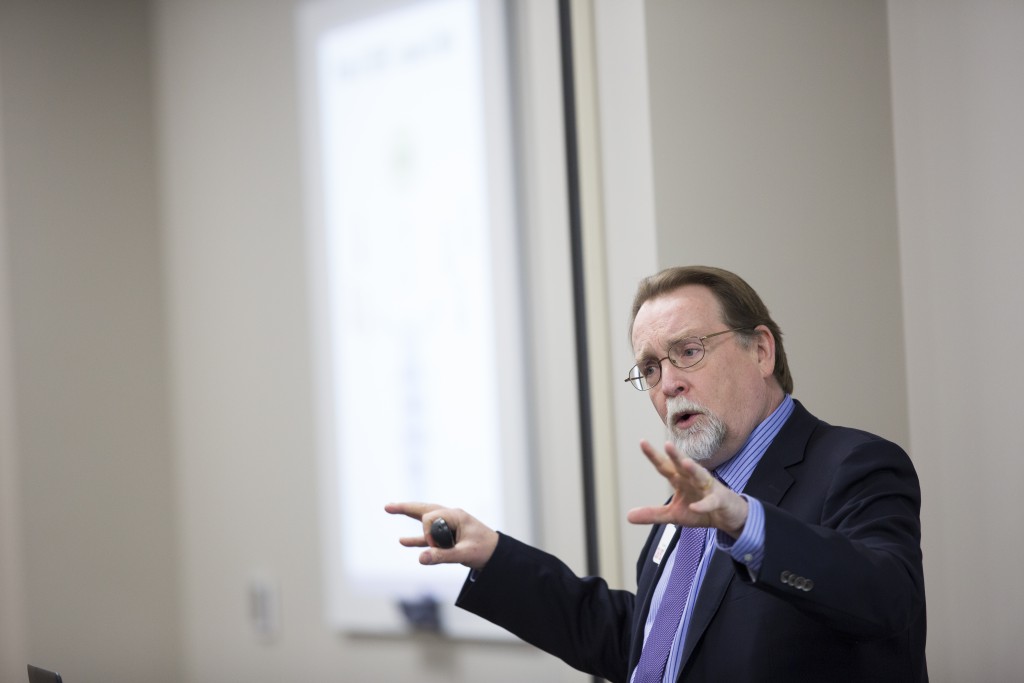 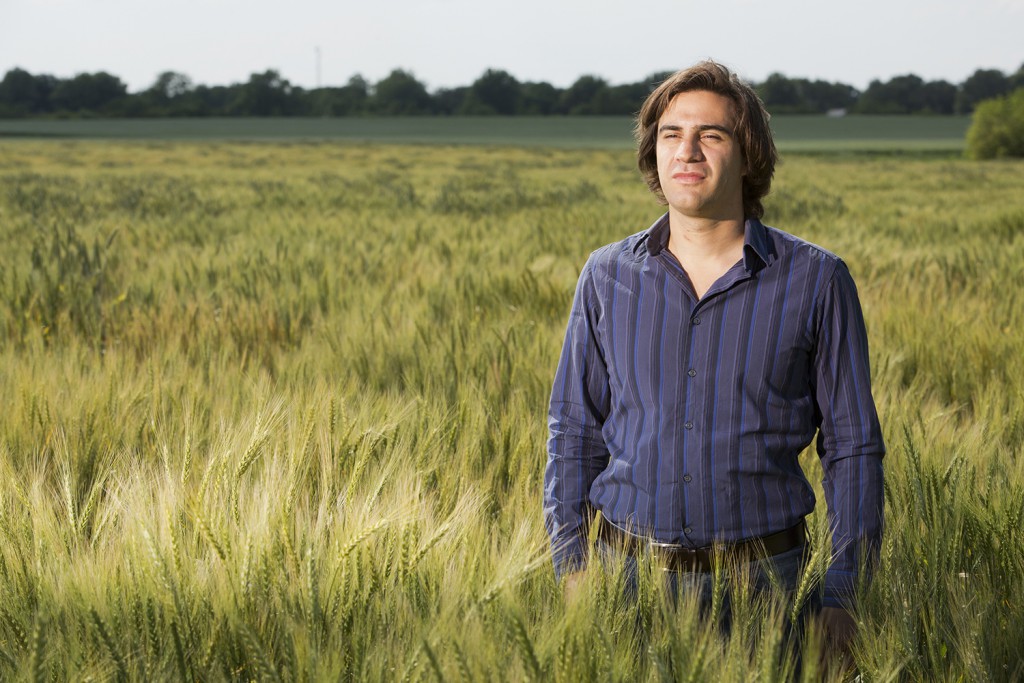 Global food security
An international team led by UNL agronomists published the first systematic guidelines for using data to more reliably simulate crop yields. Developed through the Global Yield Gap and Water Productivity Atlas, this information will help assess a country’s ability to feed its population and predict the impacts of changes in climate or land use. 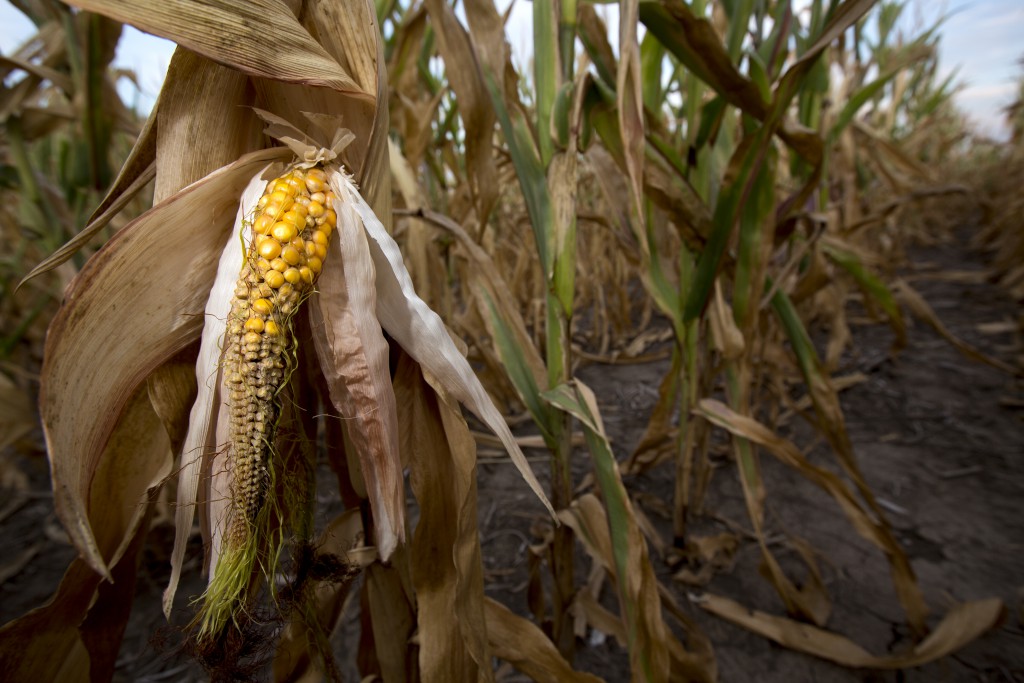 Preparing for drought
A new Drought Risk Management Research Center will help state and local governments better prepare for drought. Funded by a $2.4 million grant from NOAA, the center will provide research, data and information for drought planning. It is part of the university’s National Drought Mitigation Center, which marked its 20th anniversary in 2015. 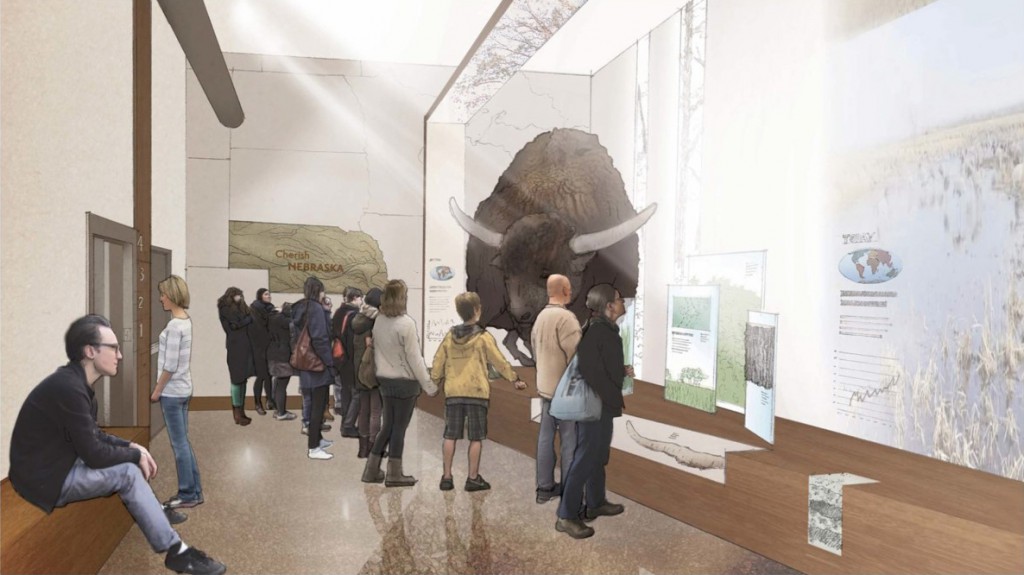 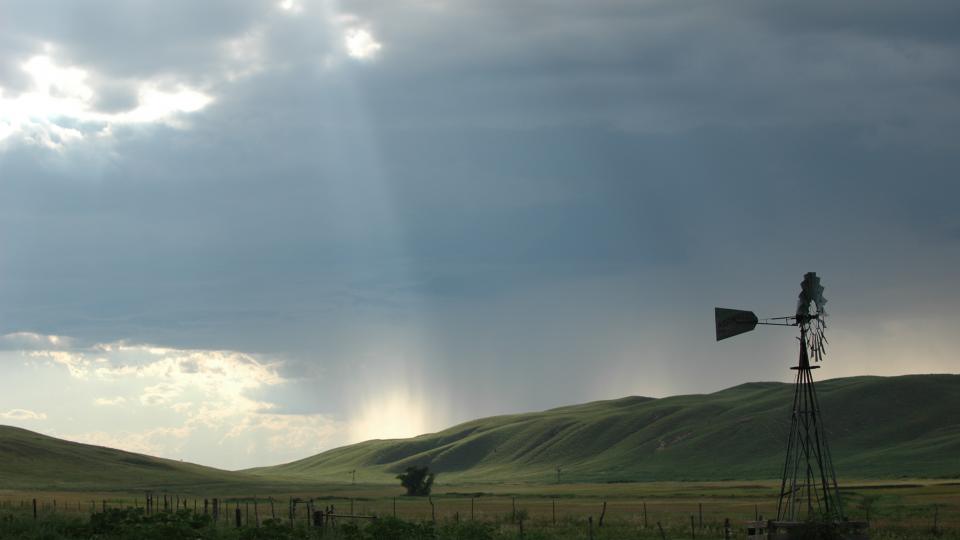 Land use and climate change
Past climate change didn’t occur in a vacuum, and scientists are beginning to debate how adaptations of landscapes as many as 10,000 years ago have influenced today’s climate. As part of an international research effort, a UNL anthropologist leads a team of North American researchers tasked with figuring out the ramifications of historical human landscape modifications. 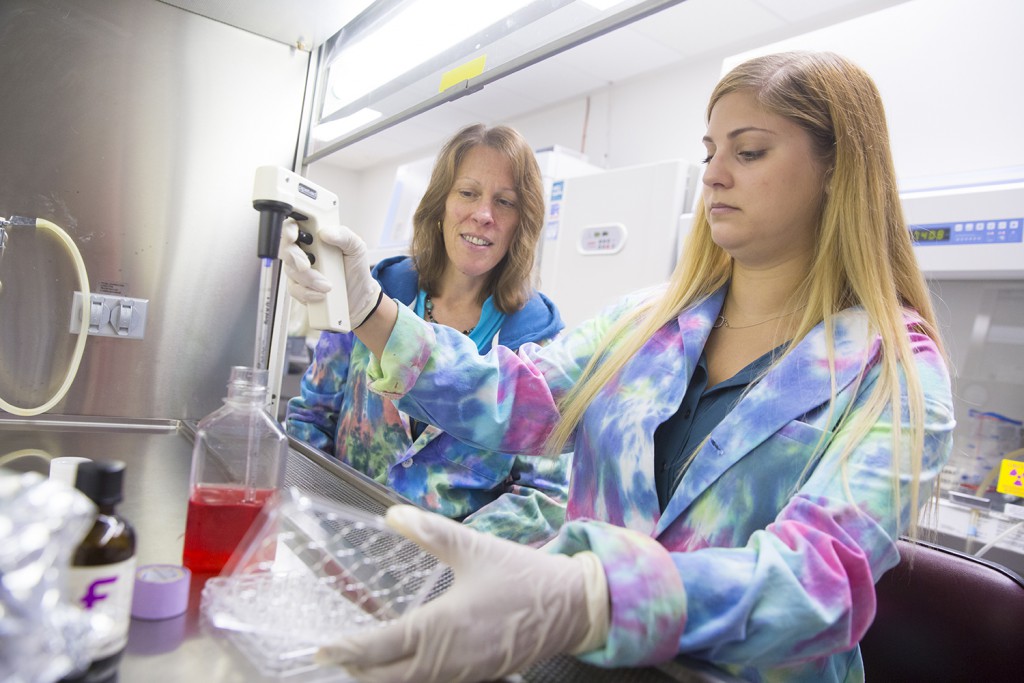 Targeting disease through training
Whether metastasizing as cancer, progressing as Alzheimer’s or spreading as HIV, nearly all human disease ultimately originates from molecular interactions throughout the body. With a $1.1 million grant from the National Institutes of Health, a UNL training program is expanding efforts to prepare doctoral students for careers spent researching the molecular catalysts of disease. 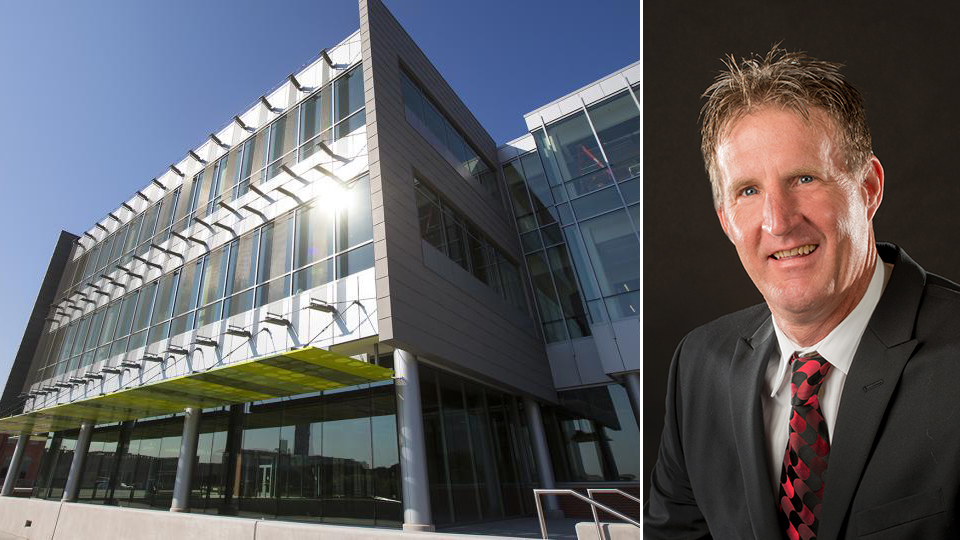 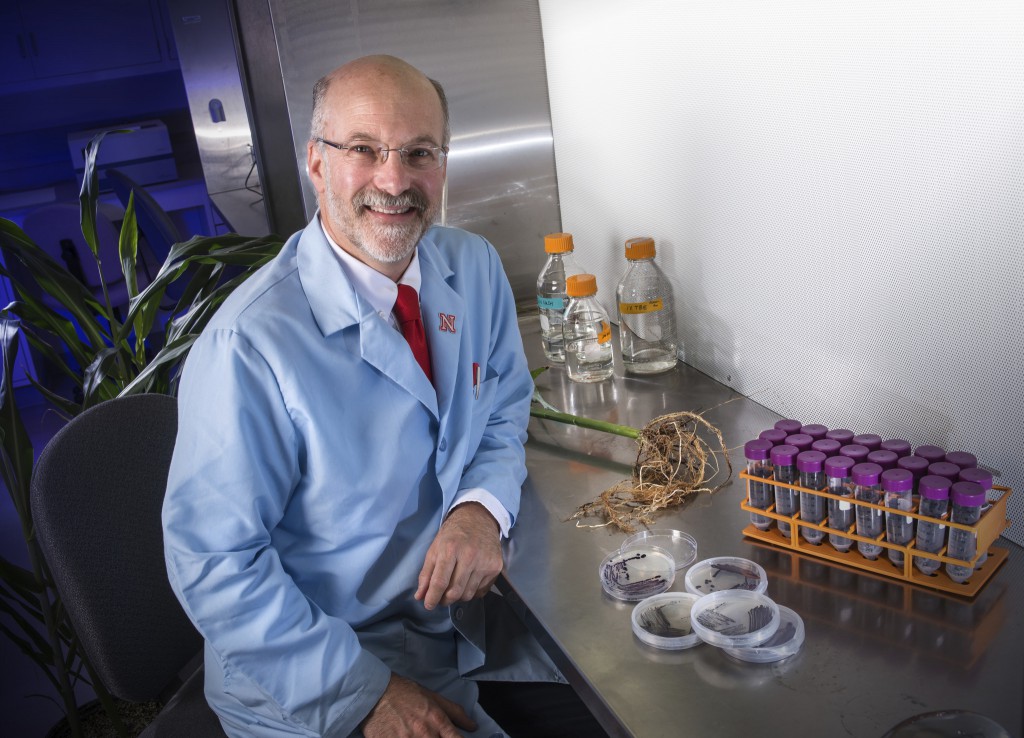 Enhancing sorghum for biofuel
A UNL agronomist is leading a $13.5 million, multi-institutional research effort to improve sorghum as a sustainable source for biofuel production. Funded by the U.S. Department of Energy, this five-year project takes a comprehensive approach to better understand how plants and microbes interact, and to learn which sorghum germplasm grows better with less water and nitrogen. 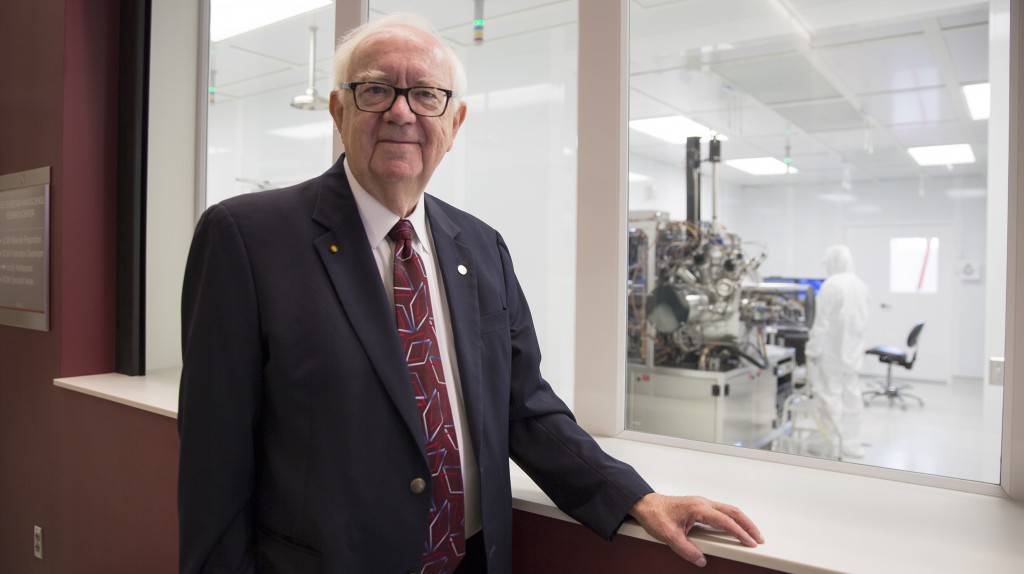 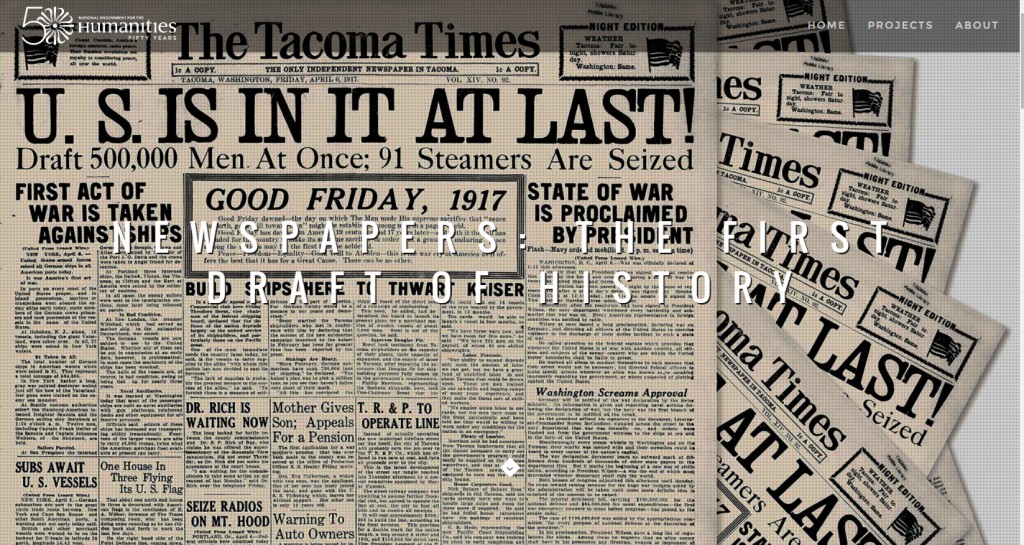 Digital humanities research highlighted
Four projects associated with UNL’s Center for Digital Research in the Humanities are among more than 50 highlighted by the National Endowment for the Humanities in a website celebrating its 50th anniversary. 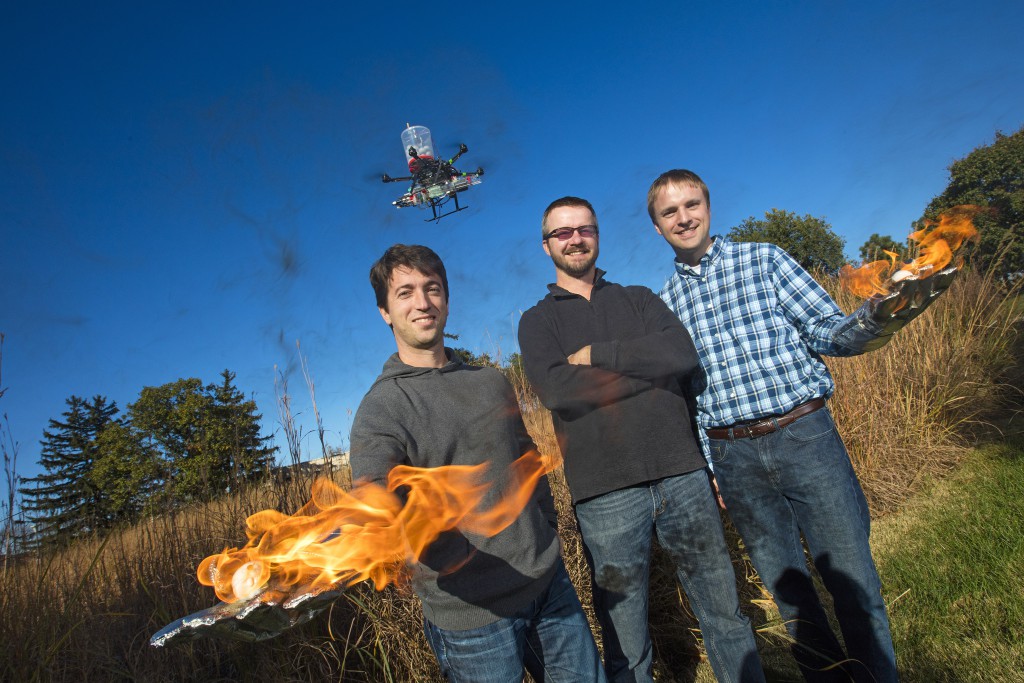 Developing fire-starting drones
A new fire-starting drone being developed at UNL could change the way wildfires are fought and encourage the use of prescribed burns to conserve and restore grasslands. A multidisciplinary team of UNL researchers with expertise in drone technology, fire ecology, conservation and public policy are developing the Unmanned Aerial System for Fire Fighting, which will have the ability to ignite and monitor fires in remote areas. 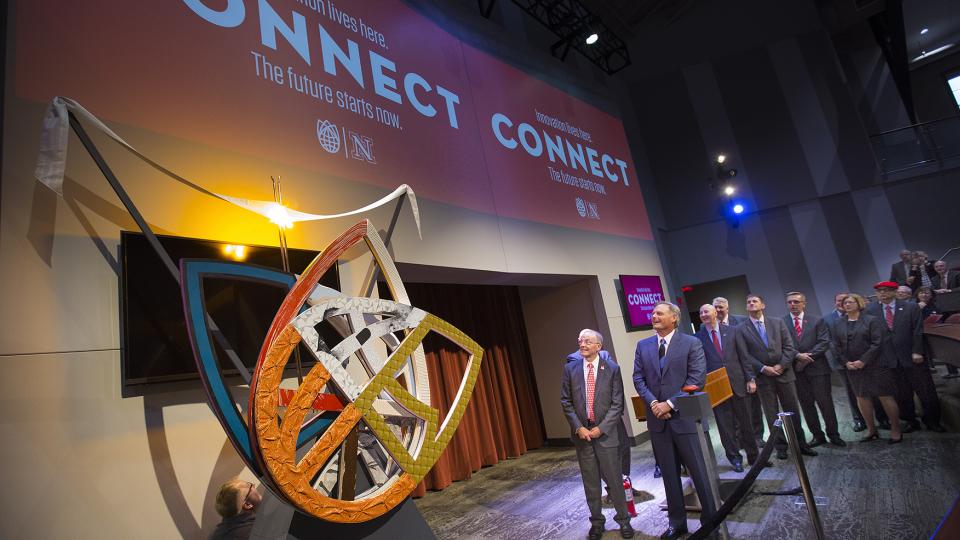 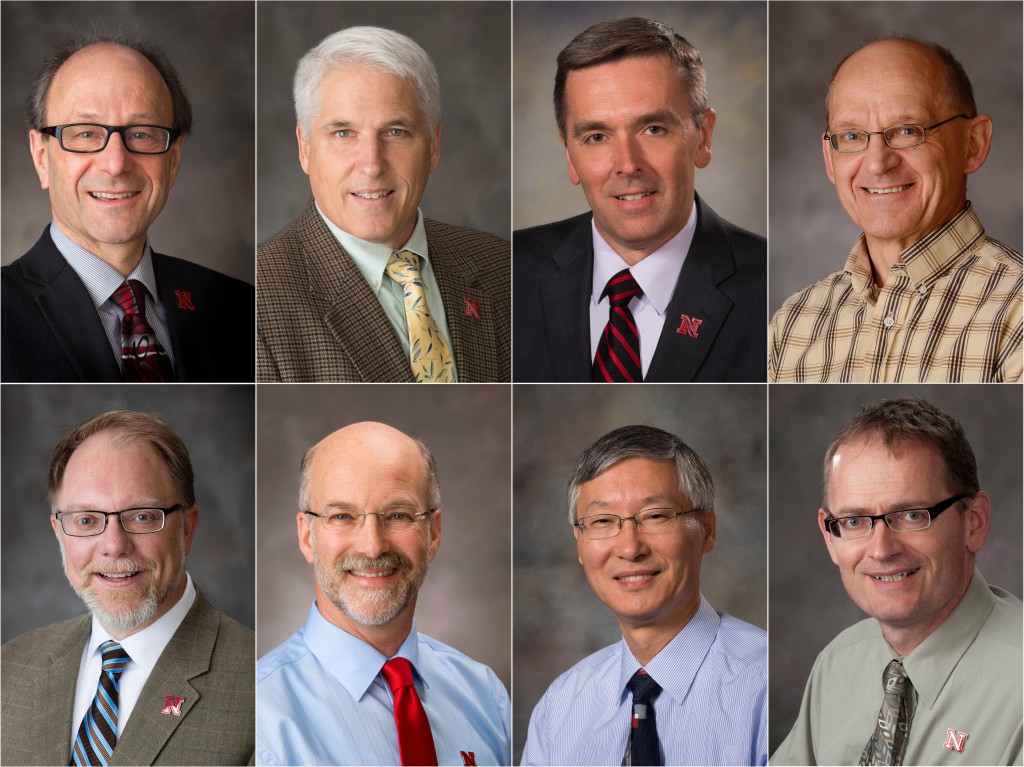 Eight faculty named AAAS fellows
A record eight UNL faculty members were named fellows of the American Association for the Advancement of Science, the world’s largest general scientific society. Fellows are selected by their peers for scientifically or socially distinguished achievements that advance science or its application. 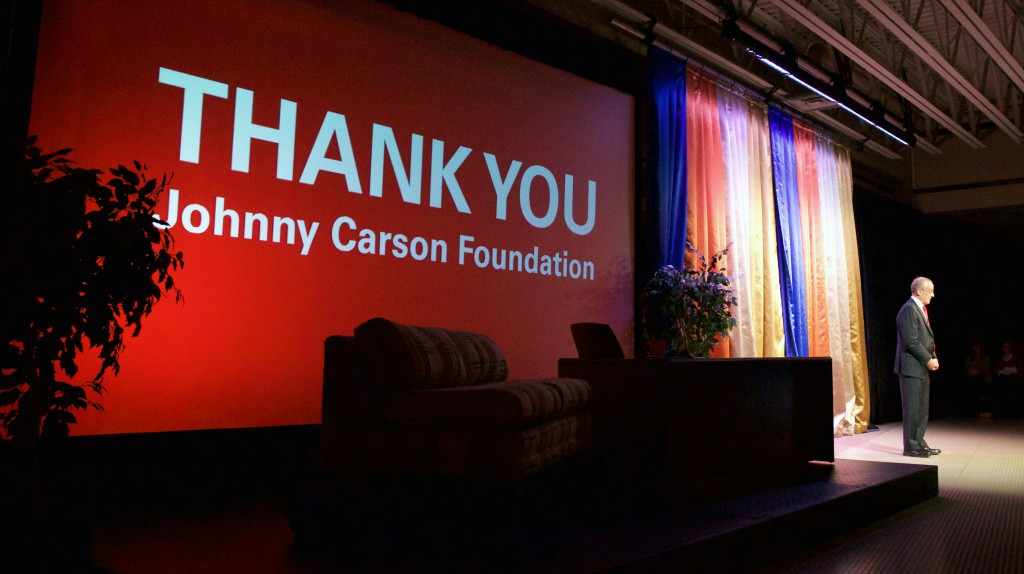 $20M gift for Johnny Carson Center for Emerging Media Arts
Thanks to a $20 million gift from the Johnny Carson Foundation, UNL will establish the Johnny Carson Center for Emerging Media Arts. Named for the late entertainment icon and Nebraska alumnus, the center will feature an academic program and facility focused on interdisciplinary learning, creativity and research in emerging media within the Hixson-Lied College of Fine and Performing Arts. The gift was announced at a celebration in November at the former Nebraska Bookstore, a portion of which will be renovated to house the Carson Center. 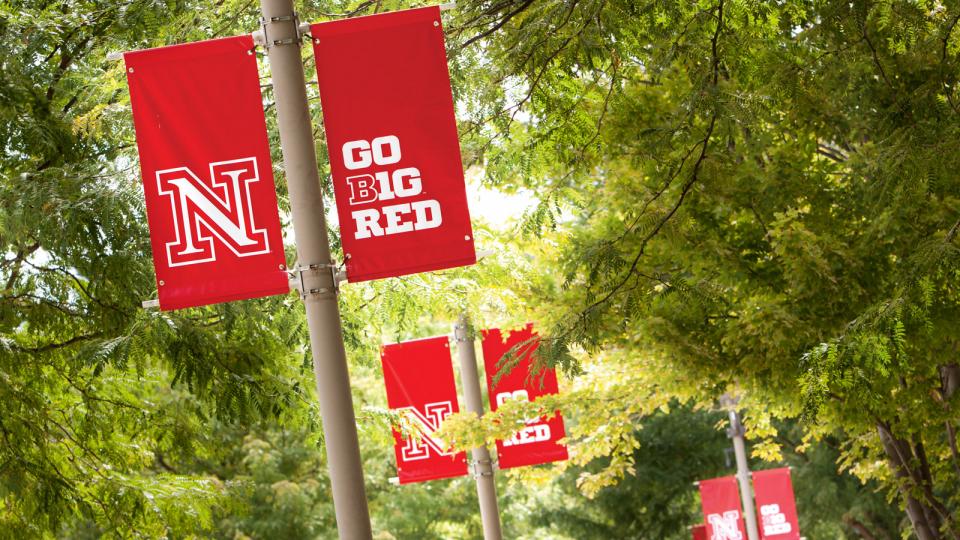 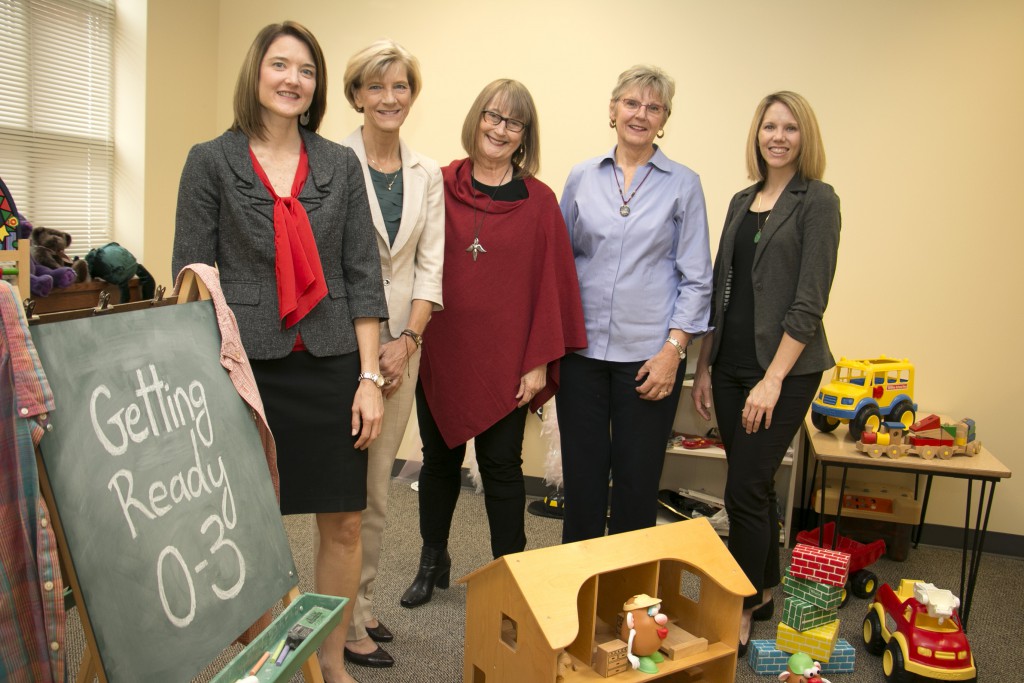 Advancing early childhood development
With a $2.5 million grant, UNL researchers aim to improve developmental outcomes for infants and toddlers. This Nebraska Center for Research on Children, Youth, Families and Schools project is one of four national studies funded by the U.S. Department of Health and Human Services’ Administration for Children and Families. Findings will inform local and national Early Head Start partners.