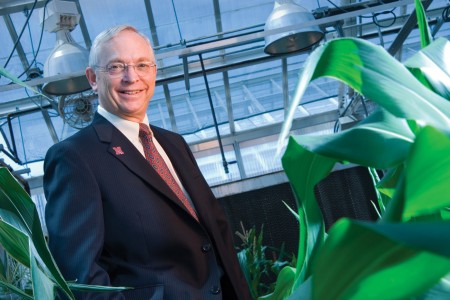 Kurt Preston and Regina Werum are new associate vice chancellors for research at UNL. Preston became associate vice chancellor for research focused on physical sciences and other defense-fundable projects in November 2012. He previously was division chief of the U.S. Army Research Office in Durham, N.C., overseeing the University Research Initiative Program and directing the Environmental Science Basic Research Program. Earlier, he was a program manager for the office. He also held several U.S. Army leadership roles. He earned a bachelor’s degree in agriculture from the University of Georgia, master’s and doctoral degrees in civil engineering from Purdue University and a Juris Doctor from North Carolina Central University. Werum assumes responsibilities for research development, growth and compliance in January 2013. She comes to UNL from Emory University where she is an associate professor of sociology and co-directed the Andrew W. Mellon Foundation Graduate Teaching Fellowship Program for five years. From 2010 through July 2012, she took leave from Emory to serve as program director for sociology in the National Science Foundation’s Directorate of Social, Behavioral and Economic Sciences. She earned a bachelor’s degree in language/arts from Hope College, and a master’s in sociology and a doctorate in sociology and American studies, both from Indiana University.