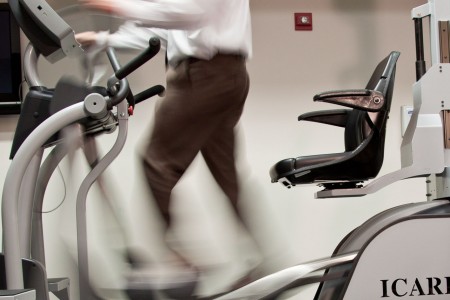 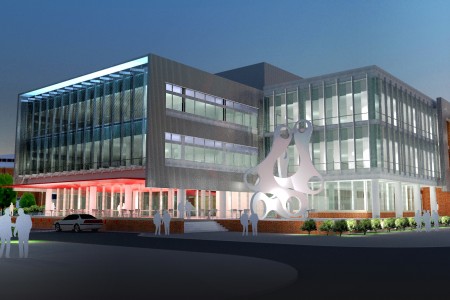 UNL researchers are testing the feasibility of growing processing tomatoes in Nebraska greenhouses thanks to a partnership with ConAgra Foods, a Fortune 500 company headquartered in Omaha, Neb.

The goal is to expand ConAgra’s tomato research capabilities close to home. ConAgra’s tomatoes are field grown in California, where harvests from July through October supply ConAgra with tomatoes for Hunt’s canned tomatoes. If Nebraska greenhouses prove promising for growing tomato varieties used in canning, ConAgra could conduct year-round research in Nebraska at every stage, from the growing season to developing products that become pantry staples.

UNL horticulturist Kim Todd leads a team of agronomists, horticulturists and food scientists that is experimenting with ways to mimic field conditions in the controlled environment of a greenhouse and breed tomatoes that meet ConAgra’s standards for flavor, firmness and quality. Findings could provide insights about how to grow greenhouse tomatoes in mass quantities, harvest the crop at peak maturity and still hit production deadlines. When raising field crops in a greenhouse, the smallest differences are often the biggest. Cool night temperatures and moderate humidity – the triggers for pollination and setting fruit – are tricky to consistently replicate indoors.

In addition to support from ConAgra, the project is partially funded by the Nebraska Department of Economic Development’s Business and Innovation Act research development program that helps businesses develop new technologies that stimulate job growth. Todd’s team is the first from UNL to receive funding through this program, said UNL Industry Relations Director Ryan Anderson, who helped facilitate the partnership.

“It’s been eye-opening for us to understand what it takes to grow tomatoes on a schedule that’s driven by when a partner needs them,” Todd said. “You have to build potential crop failure and other adjustments into the work process.”

Gordon Smith, ConAgra’s vice president of research, quality and innovation, said, “Through collaboration with UNL, we are working to deliver products that meet consumers’ needs in more effective ways.”