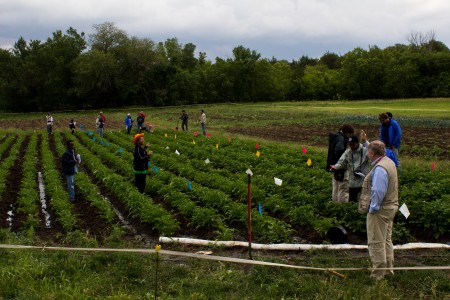 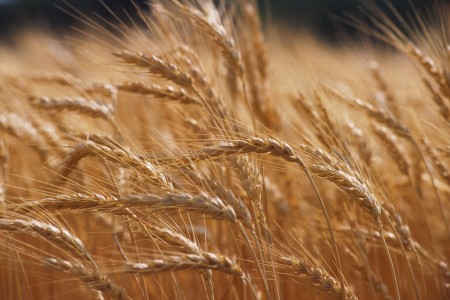 The name of the Robert B. Daugherty Water for Food Institute perfectly encapsulates what is unique and vital about the University of Nebraska’s new institution, said Roberto Lenton, DWFI’s founding executive director.

While many people worry about future food security, the water needed to produce food – whether for crops, livestock or fisheries – gets less attention. Yet water will be a pivotal factor in producing enough food to feed a world population that is expected to double by 2050.

“The importance of this institute is connecting the concerns about food with the concerns about water,” said Lenton, an international expert in water management and development who became director in 2012. The institute was established in 2010 with a $50 million gift commitment from the Robert B. Daugherty Charitable Foundation. Focusing on research, education and policy, DWFI involves faculty from all four NU campuses under the unifying theme of “more food with less water.” By encouraging interdisciplinary collaborations around a central theme, Lenton hopes to inspire ideas that put NU at the forefront of solving this daunting global challenge.

Nebraska is the ideal location for the institute, Lenton said. NU’s tradition of merging research with practice has led to much ingenuity at both the university and farm levels. Nebraska also has more irrigated farmland than any U.S. state and most countries, and faces many of the same water challenges. “When you have an institute like this, you really want to be located in the center of innovation, and that’s what I think we have here,” he said.

Lenton sees the institute as a way to connect international and NU researchers who’ll learn from each other and work jointly. No single institution can solve the water for food challenge, so strong international collaborations are essential.

“That’s the vision: that both Nebraska and the world benefit from the relationship.”