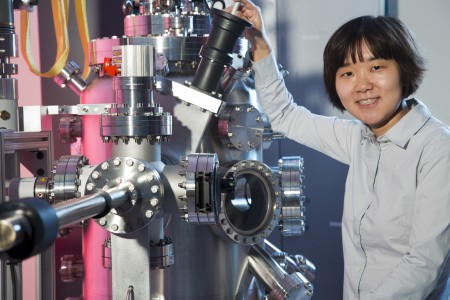 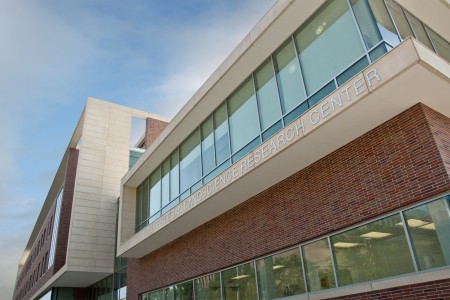 A team led by physicist Alexei Gruverman, a researcher in UNL’s Materials Research Science and Engineering Center and the Nebraska Center for Materials and Nanoscience, identified a way to store data significantly more densely than previously possible. Gruverman’s research on electronic materials is done at the nanoscale, where objects exhibit unexpected chemical and physical properties. Central to his research is the scanning probe microscopy technique, which uses a tiny physical probe to exert highly localized mechanical, electrical or magnetic influence on an object and then measure its response.

The probe’s tip – invisible to the naked eye – can be used to electrically change the properties of the electronic or ferroelectric materials used in memory devices.

Data storage has always relied on electrical voltage. But Gruverman’s team found that the same nanoscale-sized bit of data could be written simply by pressing harder against the ferroelectric material’s surface without damaging it, working much like a nanoscopic typewriter. The team was the first to demonstrate that mechanical force can be used to change an area’s polarization. Gruverman, UNL graduate student Haidong Lu and researchers from Spain and the University of Wisconsin reported their findings in the journal Science.

“It’s a completely voltage-free switching of polarization, which is what makes the results of this research unique,” Gruverman said. The finding establishes a scientific basis for creating more powerful storage devices. The team hopes to build on the discovery by investigating other possible applications.