“Humans make lots of particles – from power plants, transportation, construction – that affect the climate,” Wang said. “Once it’s in the atmosphere, there are no boundaries. They just float across the globe. To look into this, ground level data are not sufficient.”

Wang uses data provided by NASA satellites that monitor the planet’s air. To make sense of the large amounts of information, he’s developing algorithms to understand aerosol properties, including what the particles consist of, where they’re from and how they disperse.

With several active NASA grants totaling nearly $1.4 million, Wang’s team is investigating a number of applications, such as how to better detect wildfires from particles in the air. He’s also analyzing how much and where pollution generated in Asia ends up in the U.S. That information, and a better understanding of atmospheric pollution throughout North America, will help U.S. policymakers improve emission standards and air quality regulations.

They’re also investigating irrigation’s impact on climate and agriculture. During a severe central Plains drought in 2012, their analysis showed surface temperatures in irrigated areas were about 12 degrees Fahrenheit lower than in non-irrigated areas, which affected evaporation and clouds.

“It’s a very exciting area where you can do things globally and have good benefits for everybody.” 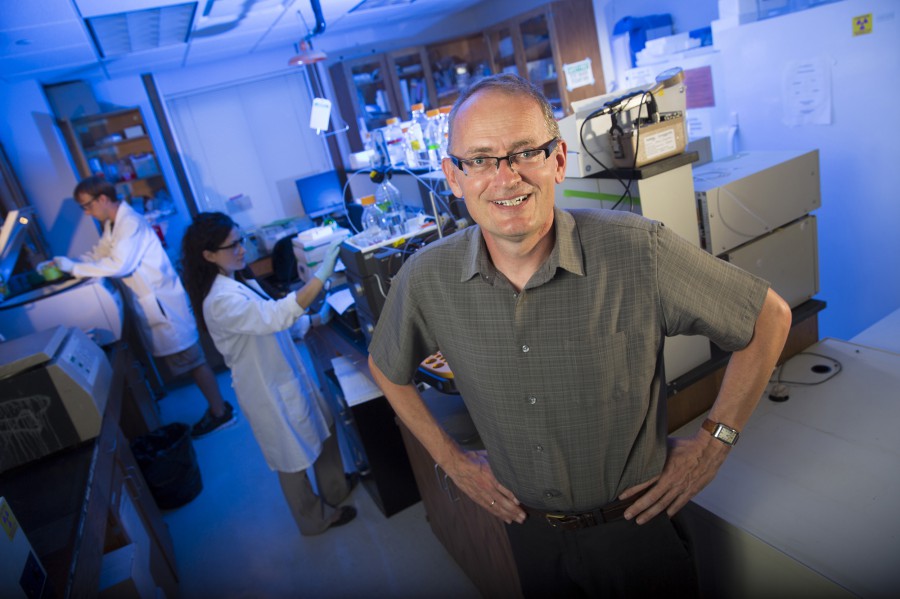