The nanomaterial graphene outshines silicon in many respects, promising significant advances in next-generation composites and products. But graphene, a one-atom thick sheet of carbon, conducts electrons so well, it’s hard to control for use in electronics.

A team led by UNL chemist Alexander Sinitskii has developed a method to create a narrow band of graphene, or nanoribbon, that can effectively channel electrons and allow devices to control their flow.

Researchers have been trying to create nanoribbons of just a few atoms width by carving them out of larger graphene sheets. But producing precise nanoribbons with the clean edges required for effective conductivity has proved elusive.

Instead, Sinitskii and his team build the ribbons from the bottom up, using organic chemistry techniques to couple smaller molecules together. The process also allows scientists to fabricate nanoribbons in large quantities.

In addition to being more efficient conductors than silicon, graphene nanoribbons bring other benefits, he added. Unlike brittle silicon, graphene is flexible. Using graphene, future electronic devices may be more durable or even foldable. Imagine a cell phone you can roll up and put in your pocket.

“Maybe we can make something that is even better than what we have right now.”

Nanoribbons have silicon’s photovoltaic properties and could one day lead to more efficient, smaller and flexible solar cells.

Sinitskii’s team continues to experiment with creating nanoribbons of different widths and edge structures to explore changes – and possibly improvements – to the ribbons’ properties. They also are developing prototypes of devices using graphene nanoribbons, in particular flexible transistors to use in electronics.

“Maybe we can make something that is even better than what we have right now,” Sinitskii said. 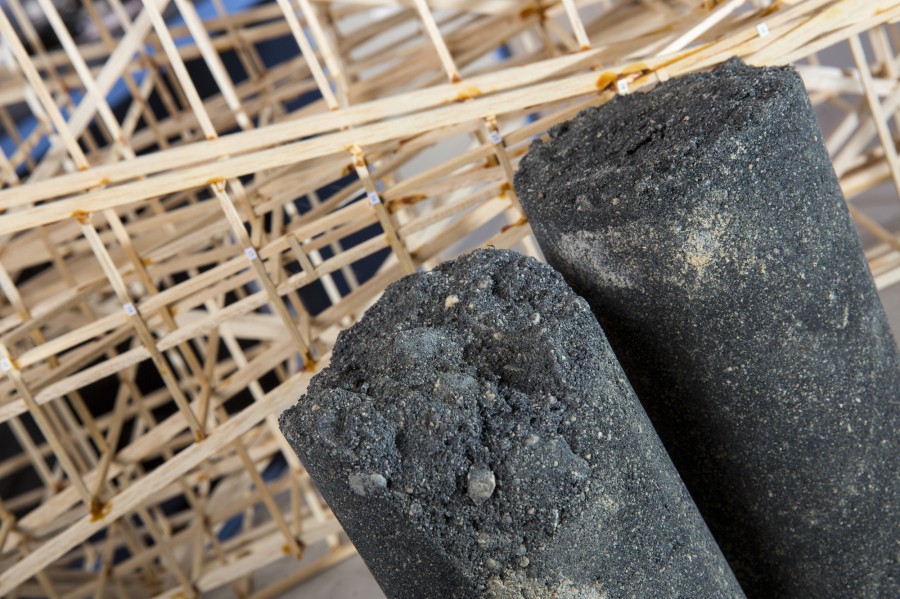 Digging Out: Managing Disaster Debris
Back to home