Doors opened in mid-2015 at the much-anticipated Food Innovation Center and the Greenhouse Innovation Center, attracting new tenants and partnerships on the private-public research campus being developed adjacent to UNL.

More growth chambers and conveyor belts are being added this fall, and office and wet lab spaces also are planned. The greenhouse expansion will wrap up Phase I construction at NIC ahead of schedule.

“This year has been the inflection point for Nebraska Innovation Campus,” said UNL Chancellor Harvey Perlman. “NIC is a 15- to 20-year project to build economic competitiveness for Nebraska. With Phase I wrapping up and our recent grand opening, the foundation has been laid to make steady progress toward our goal of creating an innovation hub that enhances Nebraska’s economy.” The Association of Public and Land-grant Universities designated UNL as an Innovation and Economic Prosperity University in 2015, recognizing UNL’s strong commitment to economic engagement.

The designation acknowledges universities that work to advance the economic well-being of their states and regions through research, education and engagement. UNL was one of 18 designees for 2015. 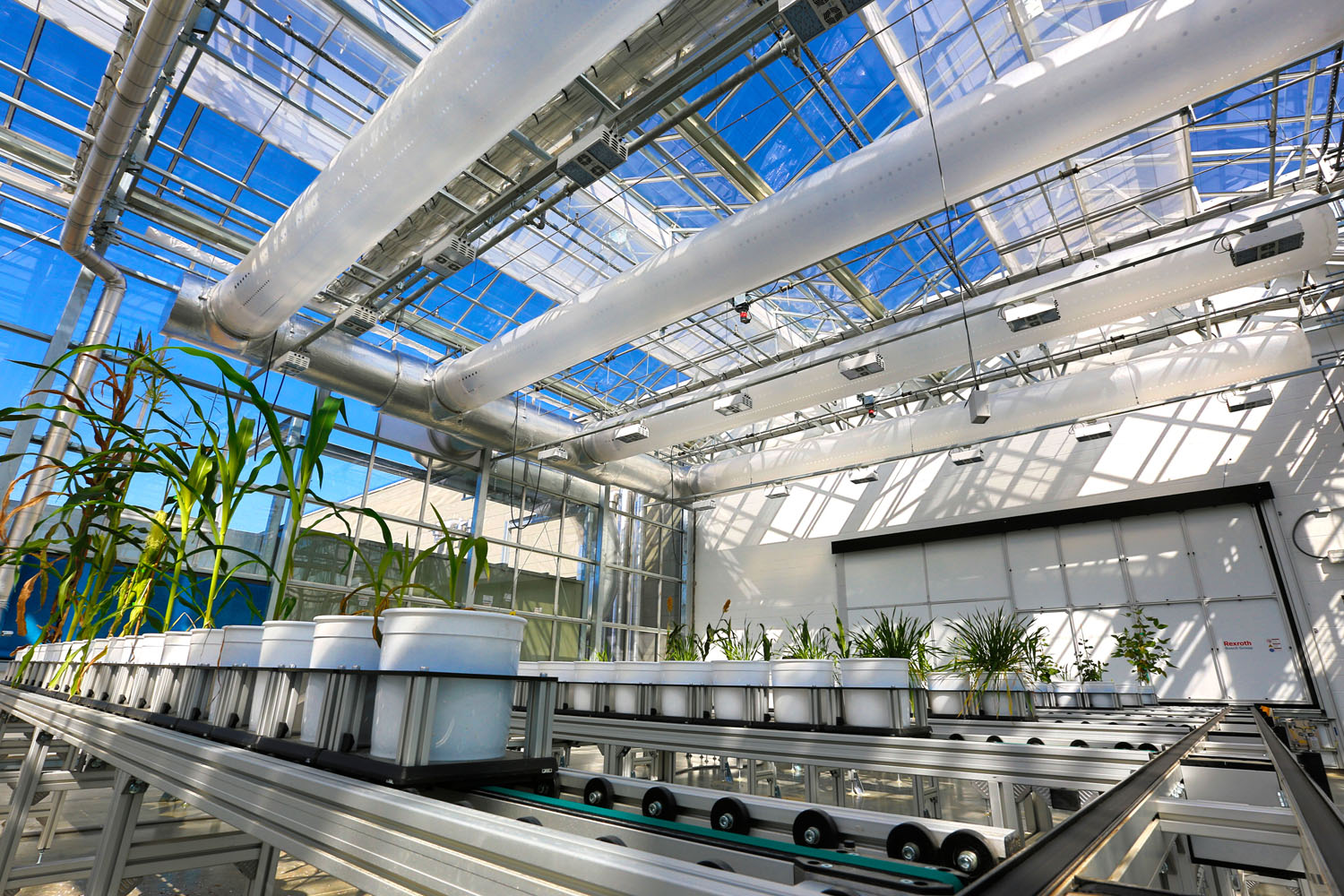 Plants move on a conveyor system in the Greenhouse Innovation Center on Nebraska Innovation Campus. 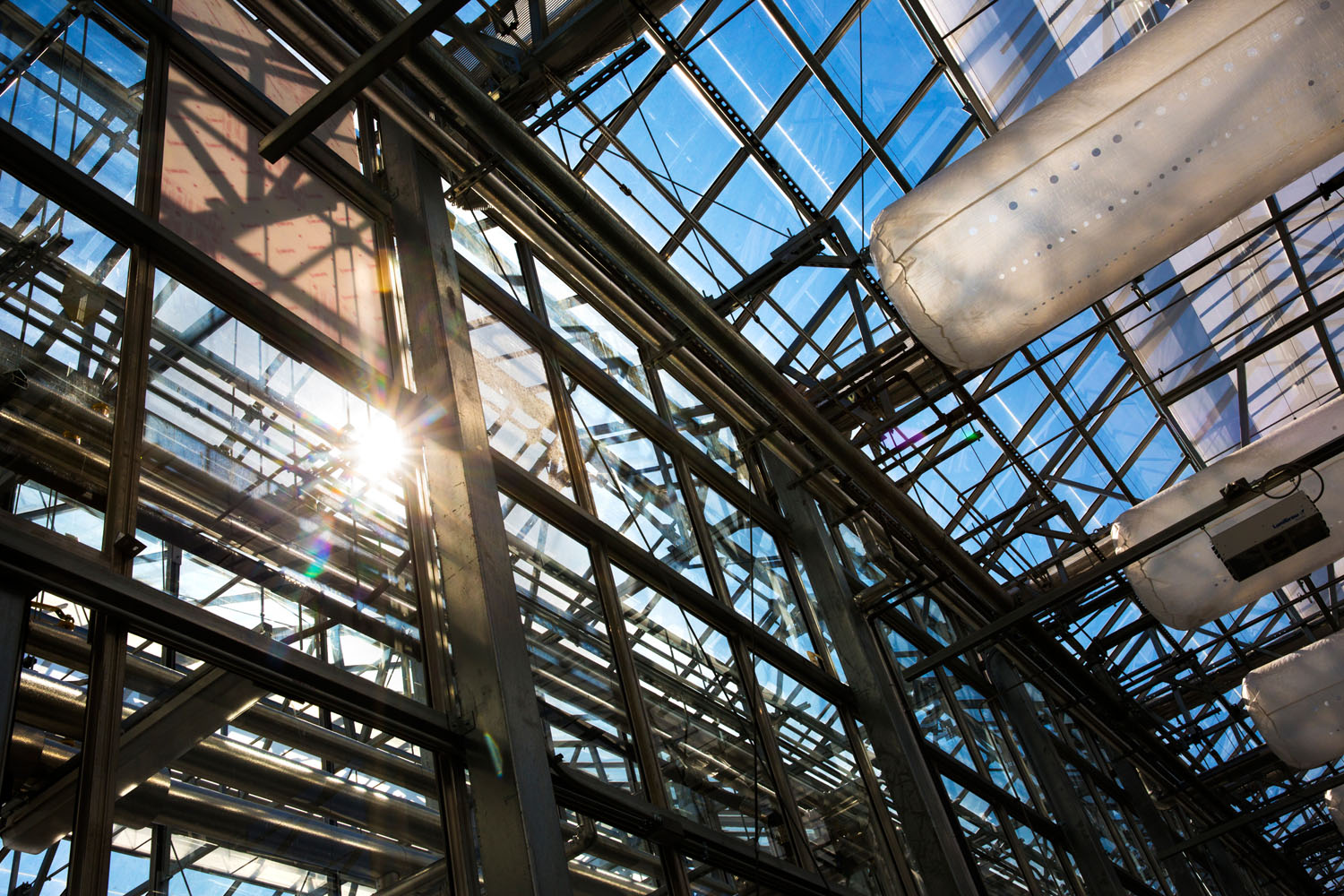 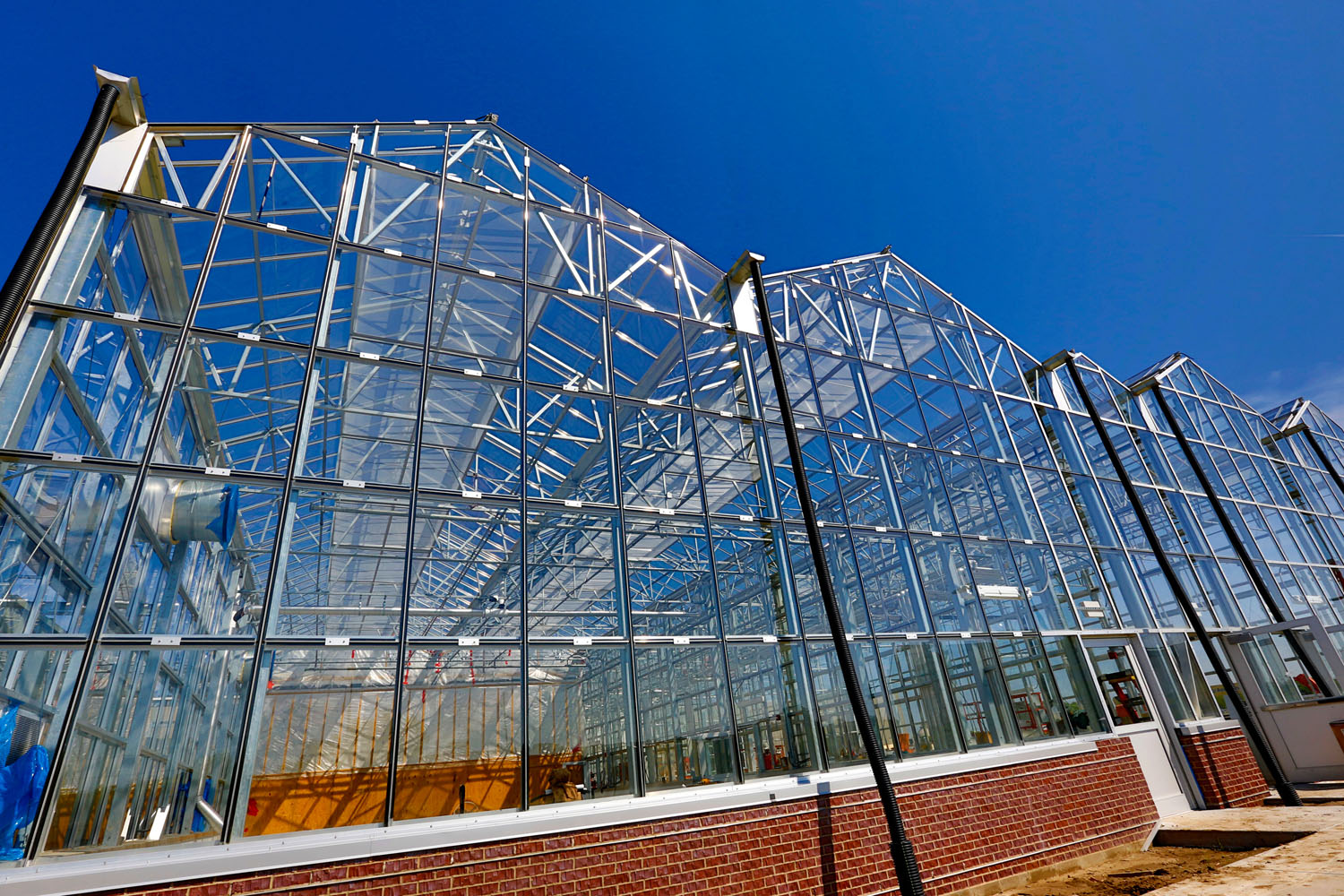 The Greenhouse Innovation Center features 45,950 square feet of greenhouse and headhouse space. The greenhouses are 22 feet tall at the eaves to allow optimal air flow. They are heated and cooled with sustainable energy. 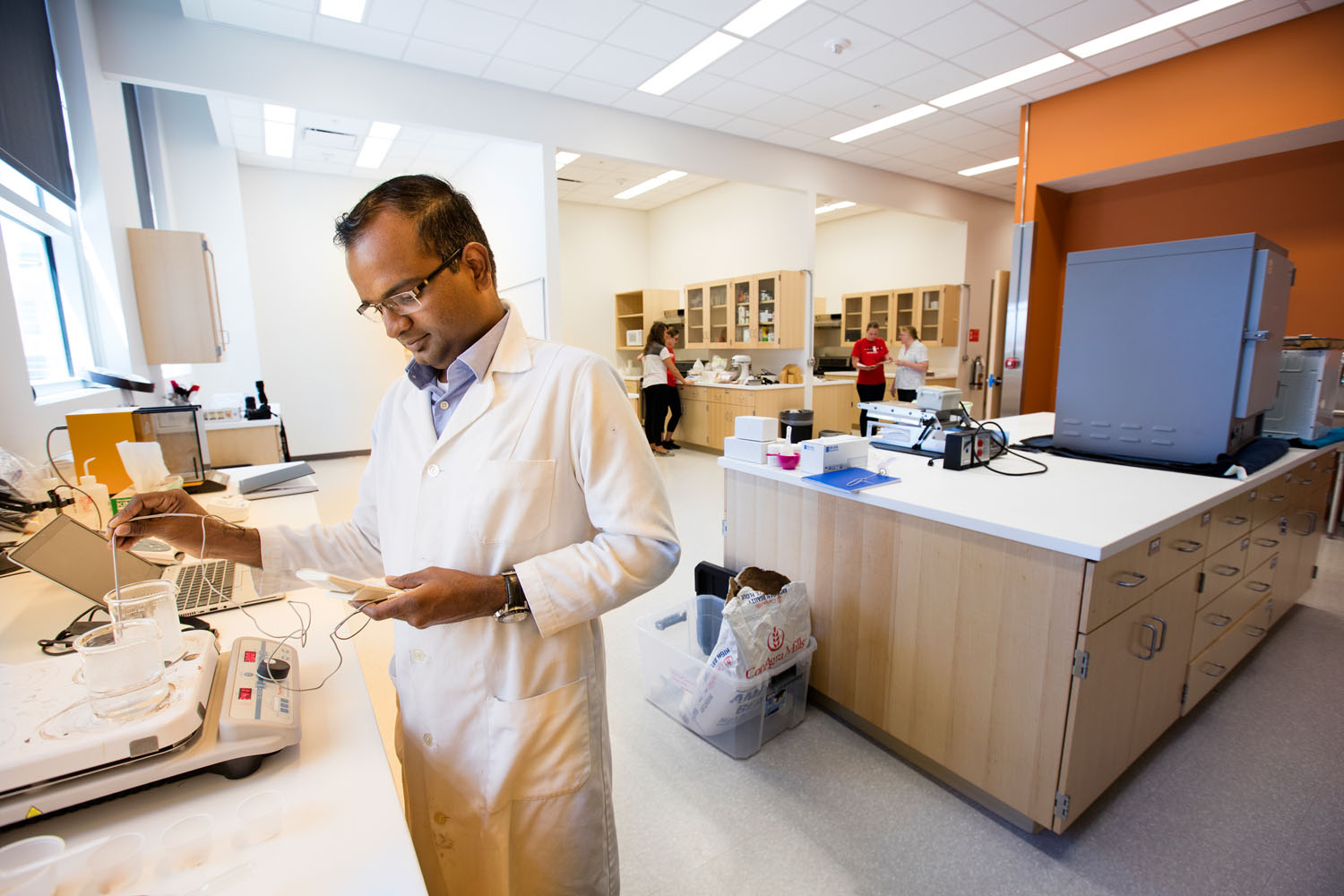 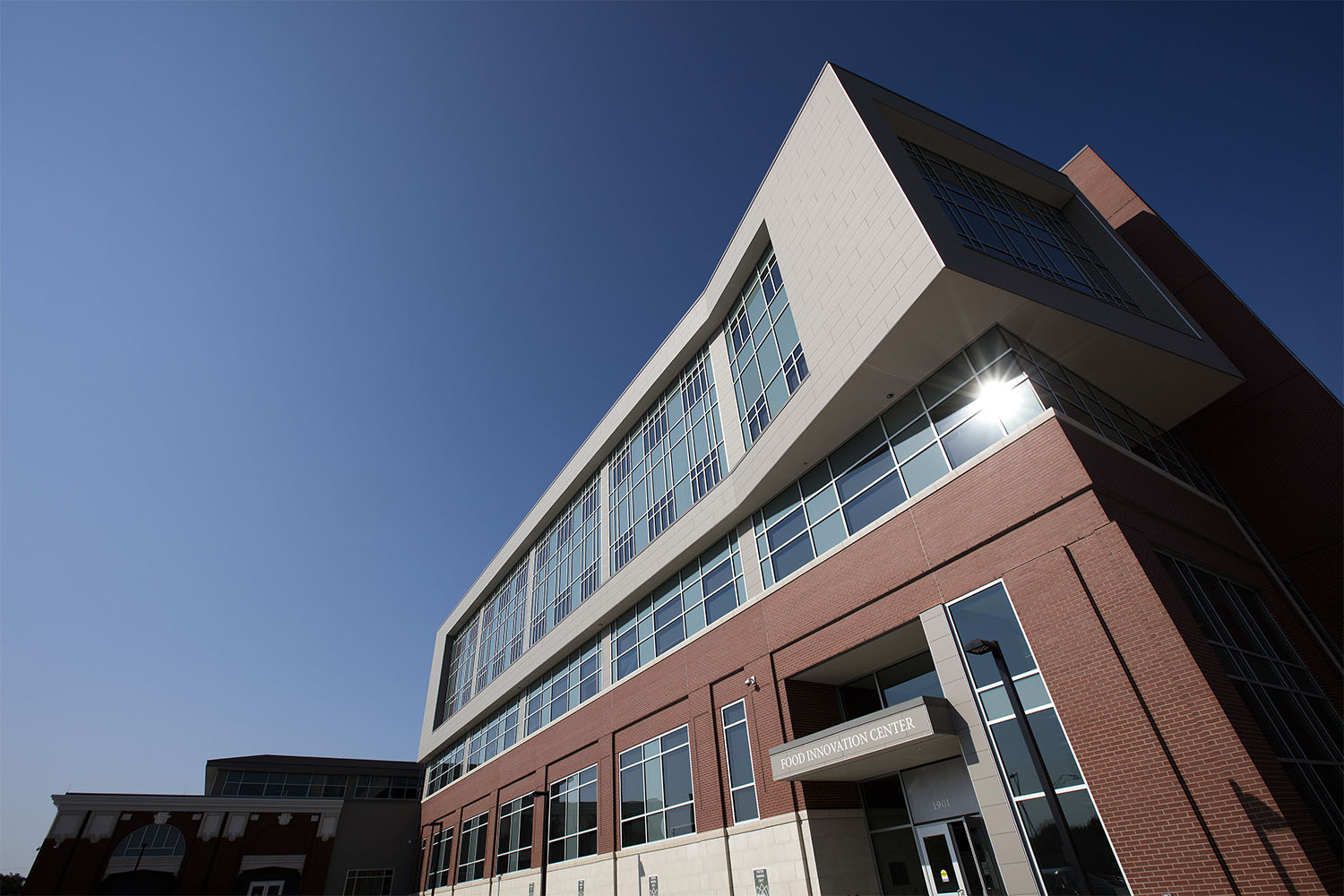