While many American kids experiment with alcohol and other substances, American Indian children often begin younger. This early start increases their likelihood for substance abuse, other risky behavior and poor grades.

UNL emeritus professor of sociology Les Whitbeck and colleagues will evaluate the effectiveness of a popular substance abuse prevention program for Ojibwe children and their families. They received nearly $3.6 million to conduct a multi-reservation, randomized controlled trial – the gold standard of evaluation – from the National Institutes of Health’s National Institute on Drug Abuse.

Whitbeck developed the program, called Bii-Zin-Da-De-Dah, or Listening to One Another, nearly 20 years ago and has continued to adapt it.

The program aims to delay the onset and reduce the amount of substance use by bringing together groups of pre-teen kids and their families. Children learn social skills, such as coping with peer pressure and anger stemming from discrimination – two significant risk factors. Adults learn parenting skills.

A strong cultural component is also key. Historical and cultural losses have stripped away protective features of American Indian culture, such as community support.

“The kids and parents like having quality time together, but we don’t know if it actually prevents anything,” Whitbeck said. “This is a chance to demonstrate whether or not it has an impact on problem behaviors, particularly on alcohol and drug use.”

The team will conduct pre- and post-program surveys for three years to compare program participant and non-participant families on five Ojibwe reservations in northern Minnesota and Wisconsin. Surveys will measure when kids begin using drugs and alcohol, as well as other risk factors.

Ojibwe, or Anishinaabe, communities were heavily involved in the program’s development and will continue to participate in the trial. Other collaborators include the University of Minnesota and Iowa State University.

Popular among families and tribal communities, the program has been widely disseminated and adapted by other tribes and bands throughout the U.S. and Canada. 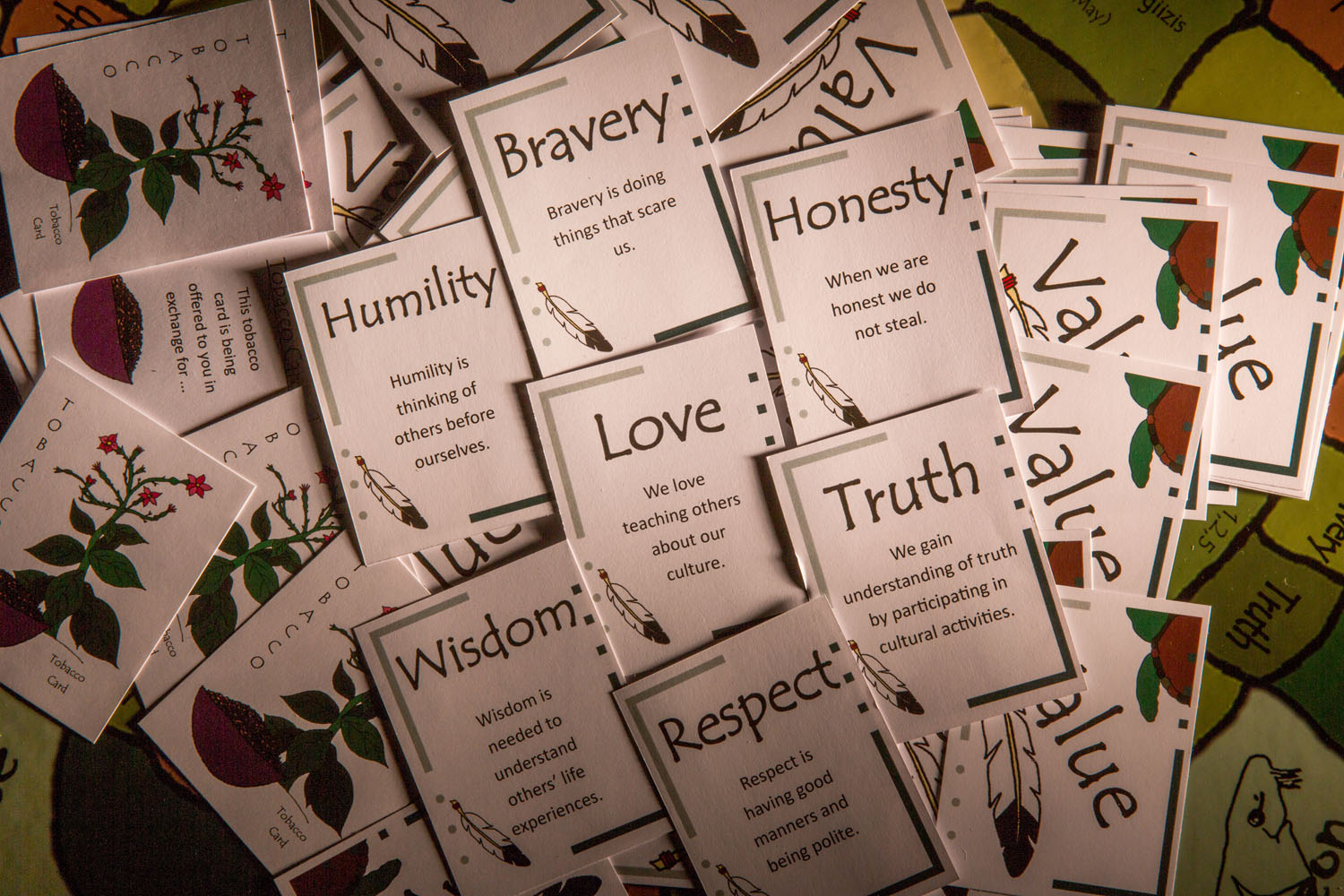 Puzzles and games help families connect with their culture in the Bii-Zin-Da-De-Dah, or Listening to One Another, program.